It was another busy week. If you'd like to see bigger pictures click on the picture to make larger.

Monday:  We played darts. Jim went this time and did very well for his second time playing. 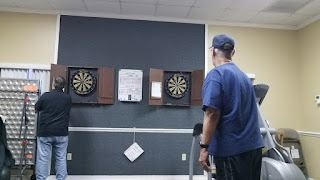 Tuesday we played shuffleboard at 10:00 then there was a ribbon cutting celebration opening for the new dock that was damaged from hurricane IRMA. 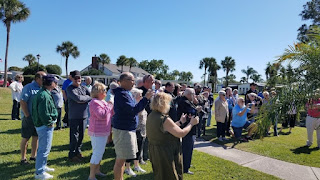 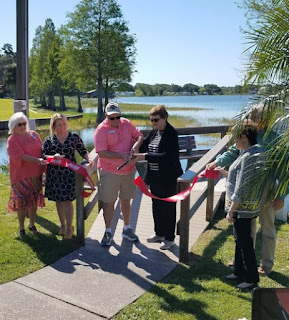 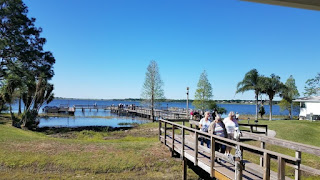 Lots of people from the park attended but the main thing everyone was after was free lunch sponsored by our park owners Sun Communities. It was very good. There was also a chocolate fountain. 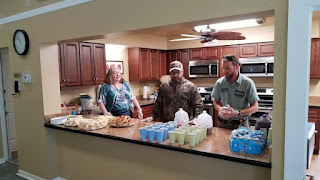 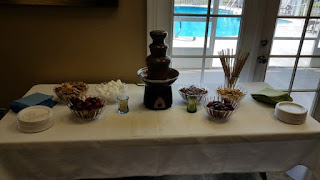 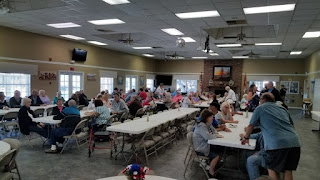 That evening we saw four planes doing lots of acrobats in the air. It was very pretty against the sun. 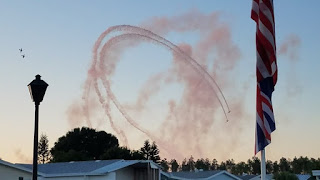 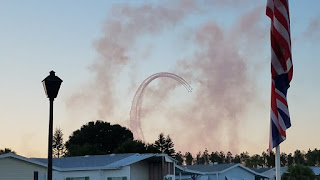 Wednesday we went to the weekly morning meeting. There were very few there and the meeting was 15 minutes long. By the end of the month most of the snowbirds will be gone, as long as there's no snow left in Michigan and northern states.

After the meeting we met with Ken and Cindy at Disney Springs for lunch. We try to meet up with them when we're close. They live in Illinois and we normally meet them when we see the kids. It's been a long time since we've been to the Springs and there's lots of changes. 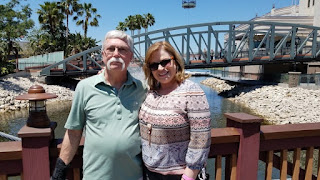 They had their three month old grandson while the rest of the family were at Universal for the day. 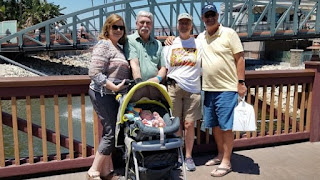 Pictures from around Disney Springs. 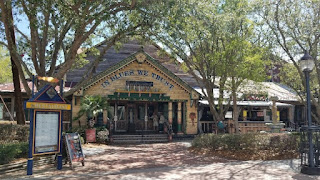 There were very few people, we chose a great day to go. 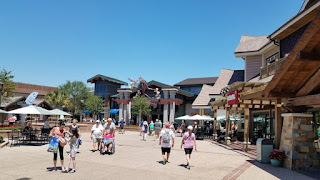 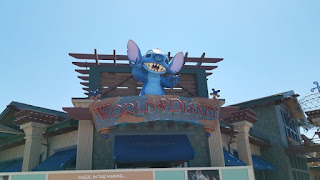 This is all made from Legos. 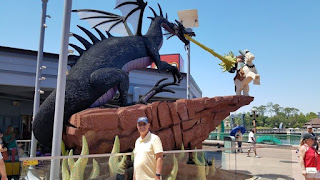 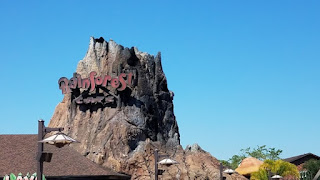 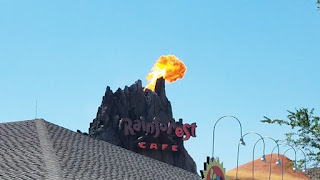 Car rides can be done in the lake. 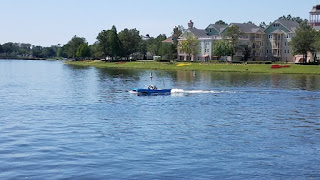 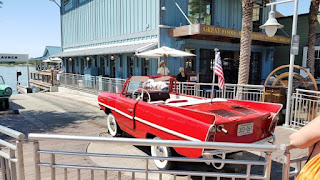 There's air balloon rides, but it's all tethered. (Safety first) I'd like to do that sometime the view would be great then the real one we did with fog. See the blog of our balloon ride. 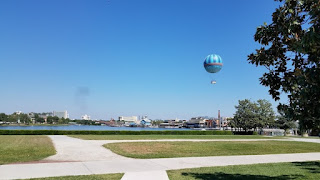 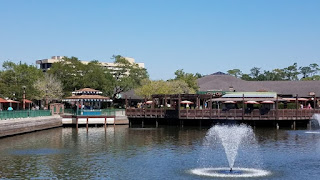 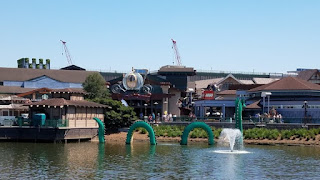 T-Rex restaurant, we'll eat there at some point. 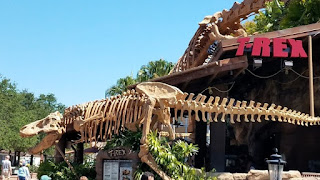 Thursday: we had some time after Jim's dentist appoint so we went to the move, The Quiet. It's an okay movie, but neither of us can give it a thumbs up or down, just so so. It's scary movie in parts, but too far fetched to make sense. I wouldn't take kids. It did have very good acting from all five people. 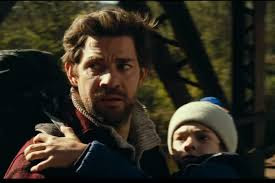 Friday:  We both went to Avon park.  I usually go alone monthly to meet up with the crochet gals  at the park that I've known since our years of RV'ing. There's a few that are leaving this month and I wanted to say Bye to them. A few people will be gone for a month at different times. We'll start meeting up again next October.  Jim went to another Rv'ing friend Harry and sat with him till I was done with the group. We went to our favorite Greek restaurant in Sebring, Jimmy's Greek and American Grill.  Then we stopped at Michaels and Books a Million.

It was a wonderful week and it went fast. One of the things I made this week: cactus. 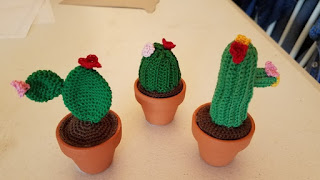