Olympics - Phantom of the Opera - Job

This week is basically about the Olympics. There's not much we don't watch and since a lot of the TV shows aren't on there's nothing recording. Our favorite is curling since we learned from our Canadian friends in the park how it works, it makes it even more interesting. The USA isn't doing as well in the medals this time, but fun to watch anyway.

Tuesday,  I was suppose to go to a birthday party for Donna but plans quickly changed and I went to Phantom of the Opera with another neighbor, Mary Lou.  We left early because of heavy traffic going to Tampa. The opera was held at the Straz Theater which is easy to get there but always  has stop and go traffic.

It was a great night so we sat outside for a few minutes before going in the theater.
Jim and Mary Lou. 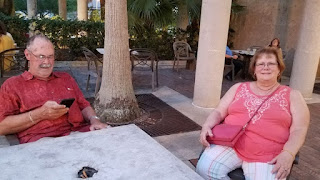 We've never been in this theater, it's gorgeous.  Some of the seats and balconies. 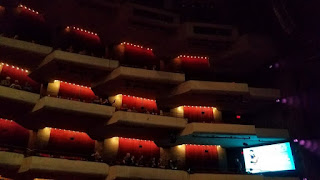 The stage when we first walked in.

First view of the hidden chandelier. 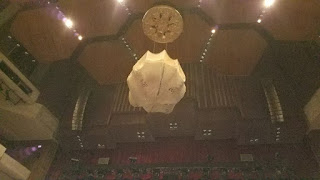 Once it's in view. 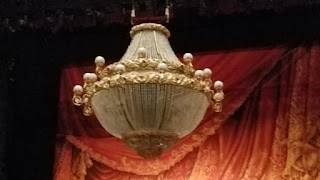 Jim and I have seen the play three times. This one was quite different, more updated with surprises on how they did things. The voices weren't as clear and hard to know what they were saying. There were two gals to the side that did the whole play in sign language. That's amazing, they had to really study the words to do that.
At the end with the full cast. 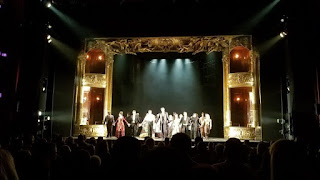 Thursday I went to the Japanese restaurant with a few gals for lunch. It was the same place we went a couple weeks ago. We had to wait this time and finally had to tell them our order wasn't taken to get them moving. The guy making the food just wanted to get it done, he didn't say anything and didn't do fancy moves. The food was good and we got plenty, but nothing fun. 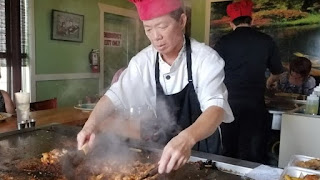 That night I went to the basketball game with a neighbor. Jim is down with a cold and has two days back to back working at the Detroit Tiger stadium in Lakeland directing cars to park. It's long days in the sun. He does get lunch and ticket to the game. 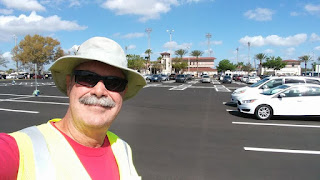 The basketball game was special. Tracy McGrady was at the game. He played for Orlando Magic and is the marketing guy for the Lakeland Magic. 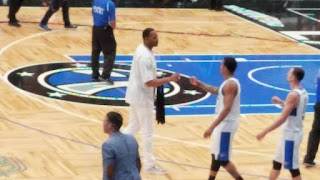 He talked to Issac during the game. Maybe giving pointers, who knows, but he singled him out and sat with him for a few minutes. 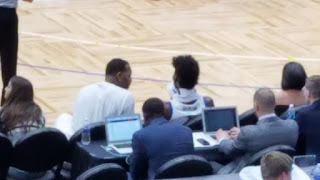 It's been a quieter week so I crocheted a little flamingo. In fact I did two of them. They are both sold so I'll do another for the craft bazaar. 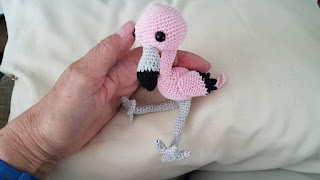 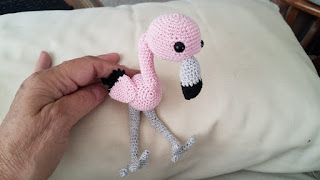 Not sure what's up this next week. Jim is working all month but there's still plenty to do and people to see. Stay tuned.