Monday started out with fishing with Ruth at Scott AFB lake. It was cloudy with green algae but we wanted to try anyway. The only thing we got were four turtles. They'd dive down and get the bait. There was one really tiny fish and he would grab our hotdogs when we threw in a piece. It  was a good two hour entertainment.  (Click on the pictures to enlarge). 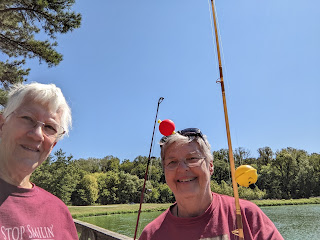 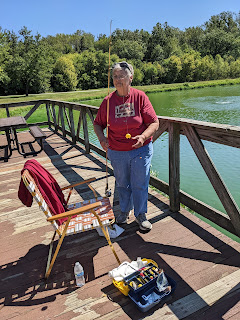 Turtle going after bait from the bobber. 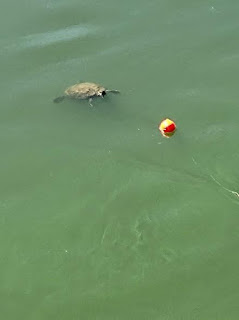 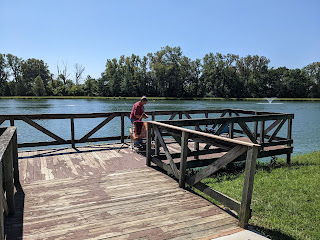 Ruth had this sticking up in her sidewalk. 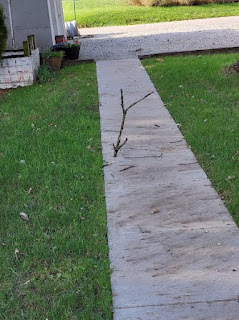 A direct hit in the crack in the sidewalk falling from the tree. 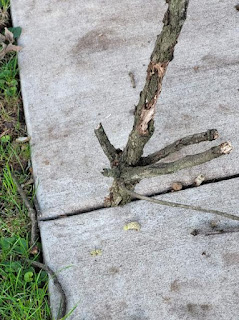 I noticed that the hummingbirds haven't been around for a couple days and the ducks and geese haven't shown up. I guess fall is here and no more activity. It's still in the mid 80's so I'm surprised it's so quiet.
Thursday I went to work at hospice. I caught them up on putting together some folders but I didn't stay long. I had last minute packing to do for the next four days to Michigan and Indy. I got the GPS setup and the final stuff  packed when I was ready to leave on Friday morning.
Friday morning I was up and out the door by 8:15. Michigan is eastern time so one hour ahead. I headed up I 57 and didn't run into much traffic till I got closer to the Chicago area. The GPS was doing fine till I was almost to I 80. There was a hold up/wreck near Hammond so the GPS took me around a lot of back roads. There was a couple of times it wanted me to turn and I saw ahead it was a road to factories. I stopped one time to see where it was taking me, I didn't like that idea of some of the turns and just kept going.  I stopped at Love's to get gas and Arby's for some food. It was a seven hour trip to get to my nephew's, Dave and Tina. I made it without going to sleep and getting lost. We went out to eat and see the rest of the family at CJ's. This is their daughters and husbands restaurant and I must say they know how to make food. They've put the place up for sale so if you're in the Niles area check in with them. It's on 114 N. 3rd St. It's a take out pizza, subs and other eateries. 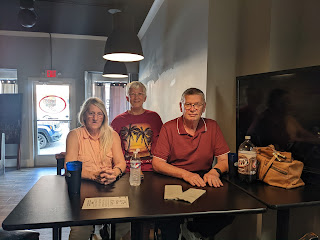 Dave works as a part time teacher at Southwestern Michigan College where you can get a two year degree and he teaches robotics. He's been there 25 years. He's won awards for longtivity for a part time teacher. This is his work area. 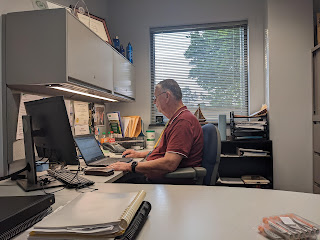 This is the type of robots he teaches.  It's something that would work in a factory setting. Someone has to program them. It's great without going to a four year school and have a trade when you graduate. 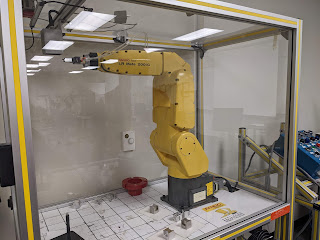 This is the computers they use to program the robots. 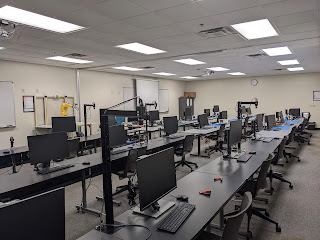 The town of Buchanan is very unique. I drove through there and wondered why so many were standing around. It took a few minutes to notice it was scare crows put out in early September and they stay around till November. They look like real people when you're traveling through town and there's over a hundred of them. 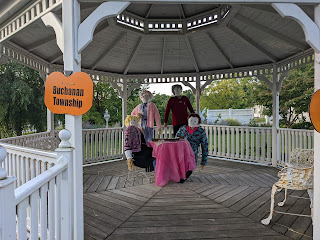 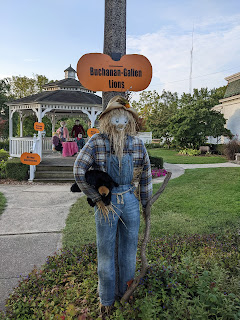 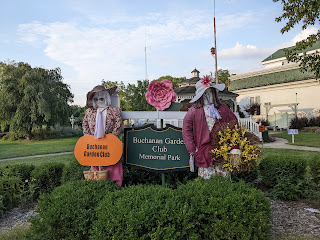 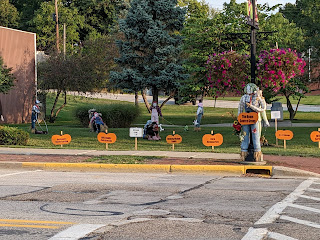 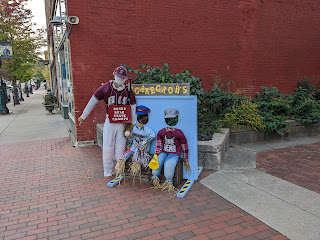 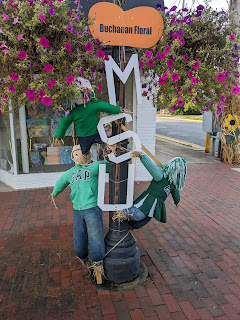 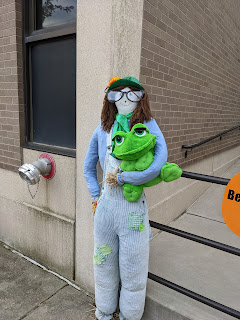 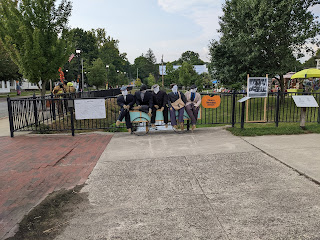 For those that know me, I'm not a morning person. On Saturday I had to get up by 6am to go to the flea market in Buchanan to setup. Tina sells crochet baby clothes, shaws with pockets, tutu's and scrubbies, The people started showing up about 10 and it's over by 1pm. The weather started out cool (for me) at 62 and was a nice 85 by 1. 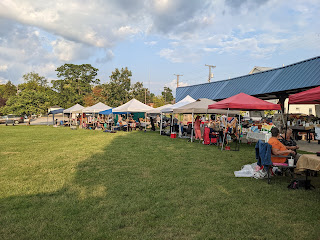 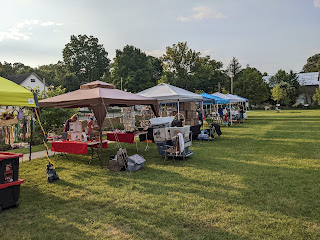 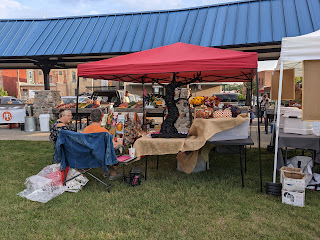 This is the booth they setup weekly in the little area in Buchanan. Tina and Dave. 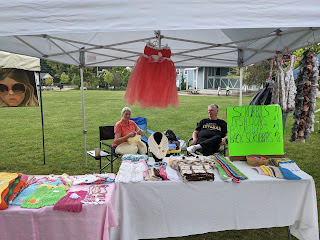 I'm staying in their RV. I love staying in RV's when I see friends and family. There's more then one way to stay in one. This Forester is really nice and a slide out for the bed which gives more room. 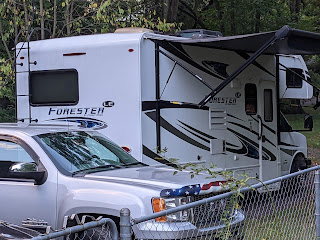 They have three dachshunds One is blind and they all like their dad. This is a normal sight with Dave having all three dogs in his lap. 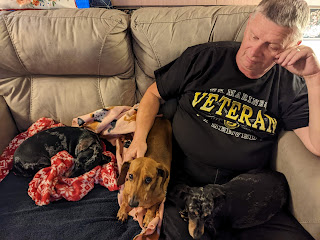 I leave tomorrow morning (Sunday but I'll write more next week about it. The trip isn't over yet. Stay tuned.