I haven't heard Jim's voice since mid June, so we were thinking where are videos with him talking. We didn't find any. It might be a good idea for everyone to take at least one video having a fun conversation, and hang on to that video for later.  Our friend Gary, in North Carolina did a podcast video and I'm saving it.

Last Friday, I took Jim's name off the bank account. Saturday the account was no longer online so I was a bit panicky over the weekend to get it all back. Monday I was up early to call the bank and the lady helped me reopen the account in my name. All is well for the banking.  I've been closing accounts since we got here like lots of music websites and subscriptions. The big stuff is the Social Security, Verizon and a few others.  The military accounts switch isn't as easy. I had an appointment on base to work with the insurance, Tricare. I now have an appointment for ID card  in November which will activate the insurance. For now it's still in effect till Jan 1, to give me time to get an ID in case something happens to the date in November.  While I was on base I went to the commissary. It's my first time since Jim died. I am trying to eat right with lots of veggies and fruit. NO beef or red meat. 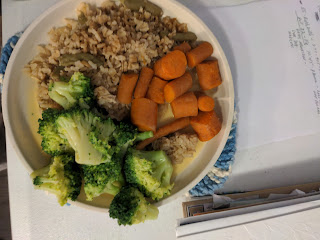 Wednesday was a very rough day. It was two weeks since Jim's death, it's his birthday and the stress at the military signing papers for an hour wasn't easy. I still have a few accounts to work with and still working with dental insurance to get the military discount.

Friday and Saturday we had a yard sale at our sons. It was both of us selling items. 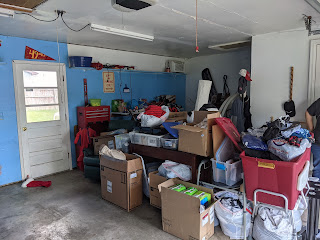 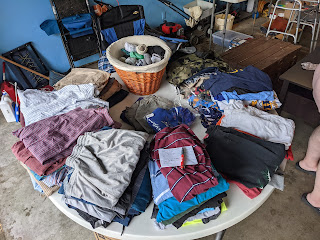 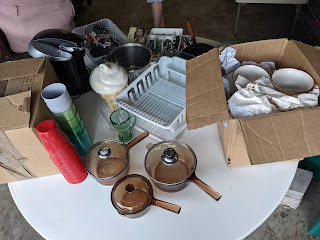 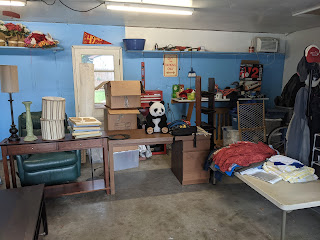 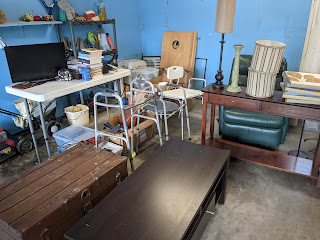 We're doing another day tomorrow, I hope it's a bit better.

Since I'll be here awhile I'm making doctors appointments. It's time for vision and dentist. I already had my physical but now Medicare is requesting a "wellness" check to be sure things are being checked so to keep Medicare happy I made a wellness check. I made everything in October. I'm glad I'm used to changing doctors and sometimes it's a good thing to get other opinions.

The funeral is on Monday. I'm posting the obit in today's blog, just in case someone is in the area and would like to attend. Next blog next Saturday.

James F. Walter passed away in his home, surrounded by his family on September 8, 2021 after a short, yet brave battle with cancer.

He is preceded in death by his parents, John and Alberta (nee Pittman) Walter.

James was born in Morehead City, North Carolina on September 22, 1950. He proudly served his country in the United States Air Force, in which he served in Thailand during the Vietnam War. He retired in 1996, after 26 years. He graduated with a Bachelors of Science degree in Business from Park University.

On March 28, 1970, he married Denyse, the love of his life, after meeting her on a blind date at an airport in Florida. In April of 1972, and September of 1975, respectively, he welcomed his two sons, who were the most important part of his life.

James was a devoted husband, father and grandfather. He had many interests and loves, including James Bond, auto racing, the St. Louis Cardinals, and especially The Beatles.

He will be deeply missed by his family, friends and all who knew him.

His funeral service will be held at Lakeview Gardens in Fairview Heights, Illinois on September 27. Visitation will begin at 10:30am, services at 12:30, followed by burial at Jefferson Barracks National Cemetery. Pastor Dr. Jim Kerr will officiate.

In lieu of flowers, donations may be made to the American Heart Association.

My heart aches for you Dee. It's got to be very hard and you are a great role model. Thank you for sharing so many things.

Special hugs for you and many prayers!
Molly

Our deepest Condolences. He'll be missed by all those that knew him.

Having his voice on that podcast is a blessing that I am happy you have.May God send you more blessings often.-Mary

This will be a sad day, full of memories. You are such a strong woman. Your family and friends will get you through!

Praying for you and thinking of you often. 🤗