This week was fairly quiet so not much to report. On Tuesday Ed and Lessie came over from Tampa so us gals could work on a puzzle. We started with Etna, the volcano puzzle and lost interest in it (too hard for now) and moved on to another HARD puzzle that's thin and hard to work with but stayed with it. We went to lunch at our favorite BBQ place in Polk City, (Polk City BBQ).  We worked on the puzzle till about 6:30 then called it quits. I'm still working on it a little at a time.

Our son, Rick, has been working on lots of Lego kits for quite awhile and he told me about a new kit that was going to be on sale April 1. I decided to buy it with him so we stayed up till after midnight waiting for the site to tell us it was ready to order. I gave up and went to bed about 12:30 but first thing in the morning I saw it was released and bought it. The space shuttle was now on order and I got it on Thursday. It will take awhile with 2534 pieces. I worked on the space shuttle in NASA in the 80's. By the looks of this one it's laid out exact replica and I'm going to have a good time working with it.  I now have crocheting orders to get done, a few puzzles to put together and the shuttle to put together. I'm in heaven. My need to stay busy with different things is now a dream come true.
I finished an order and got it delivered. 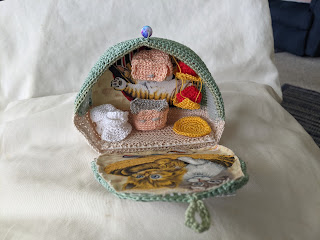 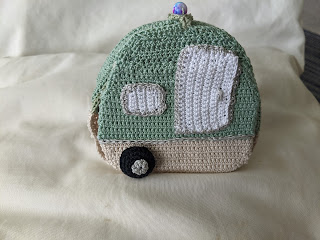 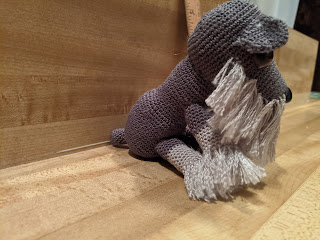 The normal weekly working at hospice and having NC zoom meeting was the this weeks fun. It's busier next week.

Glad you are finding things to occupy your time.
Be Safe and Enjoy!