We had a fun week and it went fast. I love having a time crunch to get things done, it really helps to pass the days. I guess I wasn't busy enough while working, or it's because I'm having more fun. I just know it's great!

Monday and Friday are all the same. I work at hospice and Friday nights we have zoom with friends.

Wednesday we met with Lessie and Ed for lunch at the Cuban restaurant in Plant City. I didn't take pictures but it's the same as this picture. We went for strawberry shortcake after our sandwiches. The website said they were closed for shortcakes on April 11, but so happy they extended it to the 14th and we had our last dessert for the season. 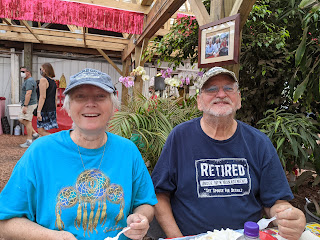 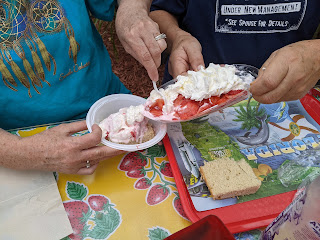 We had a great day visiting and spending time with friends. They're still around so we'll see what else we get into at a later date.
I started building the Lego space shuttle on Monday. Our son Rick has one too so we're doing it together. He's done a lot of Lego items and knows the secrets on what all the instructions are saying. I have to say I'm totally hooked on making Lego projects. I'll be watching for more.
Here's the progress for the whole week.
The first picture is the puzzle I gave up on and put it back in the box. This goes to Lessie, maybe she'll have better luck with it.  I made room for the shuttle project. 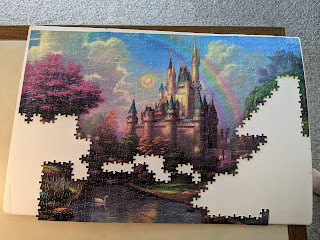 There's 17 bags of pieces totaling 2530. There's little bitty pieces in another separate little bags.  I use a dish for the smaller pieces that are in separate bags. 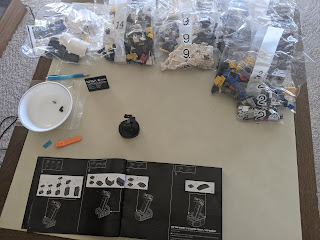 The first section is the Hubble Telescope with a stand for it. 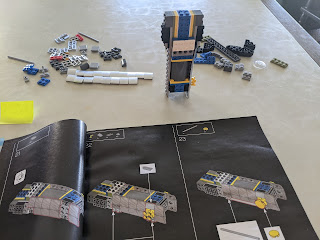 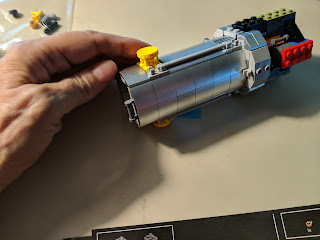 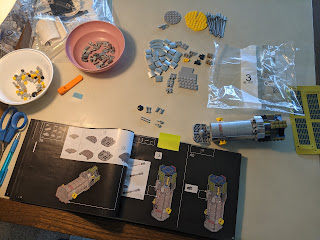 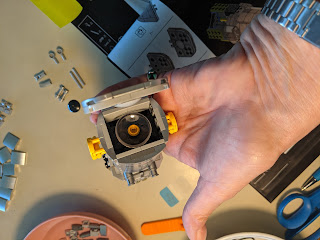 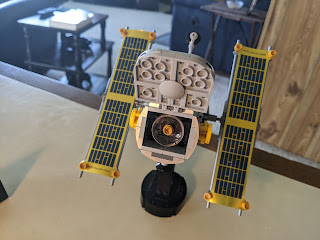 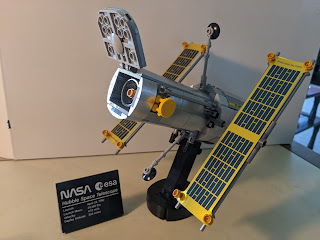 The stand for the shuttle. 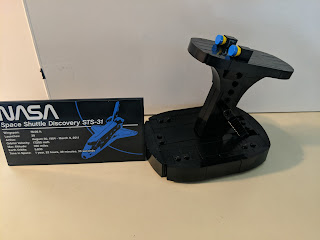 The first several pages and package five of the shuttle itself.  I can only do an hour and half. It fries your brain finding the pieces then trying to fit them where they belong and there's no room for error or you end up having something NOT fit later on. (Which can be near the beginning) 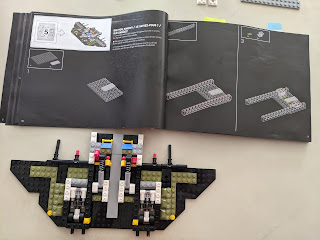 I'll do a week progress report till it's done.
Our resident gator has been with us all week. 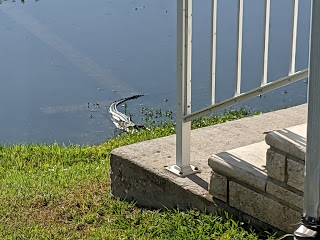 Nice to still have visits with Friends and to find something new to occupy your time.
Be Safe and Enjoy!