Saturday, Just a special mention that our youngest grandson had a birthday. He's growing  up fast and we're so proud of him. He's following the steps of his cousin in sports. He's a soccer player and plays quite well. In his future he's hoping for a scholarship. In two years he'll be driving! 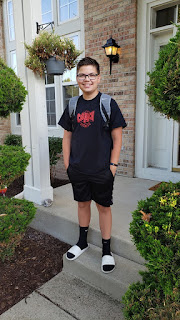 Sunday, I was suppose to play knockers bingo, but was lazy. It was great to just sit and play games and crochet. I love Sunday afternoon of doing basically nothing.

Monday was hospice and our new kitchen floor. We had a ceramic floor  put in three years ago. It would flex and little bits of  grout would come up and get in our feet. It was also turning dark from walking over it a lot. It took three days to get it all complete but this flooring is great with no breaks in it and easy to clean. (Click on the pictures to enlarge).
The ceramic slate. 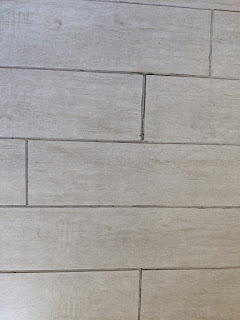 The color is the same. Clyde is laying the new flooring. It has a rubber backing, it's flexible and warmer on the feet. 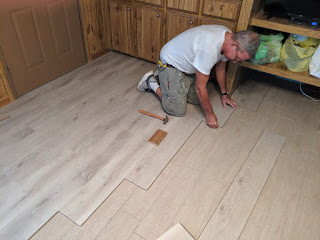 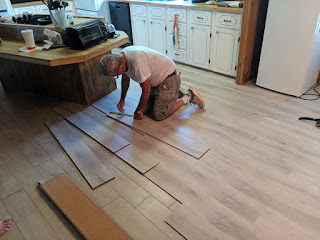 Tuesday was a special class at hospice. We learned more about what dementia patients go through and it was remarkable. I won't put a lot of info, but you're wearing gloves, and a headset and eyeglasses which are distorted. It was quite informative, everyone that's a caretaker should take the class. There were eight of us in the class and we all had a different experience.

Tuesday night we had a birthday party at Sandi's. She's trying to catch up to some of us in age, but it will take her awhile. We had a lot of laughs and a great cheesecake.

Wednesday was a normal day with the coffee hour at the clubhouse and I came home to clean up the kitchen from all the work being done.

Thursday we had lunch with Ted and Gail. They're moving to Ocala as soon as they sell the house. People are coming and going a lot this year. Some are coming in from up north and others are going back to family up north. It's hard keeping up. Ted and Jim are friends and sad for him to lose another friend, this is a second friend that's moved in the last few months.  I played cards with a couple other gals in the evening.

Friday, I worked early at hospice to learn something different that will be in my future. I'm open to anything to be able to help where needed.  It's quite an organization and love every minute. This is the view from one of the rooms as a storm was moving in the area. 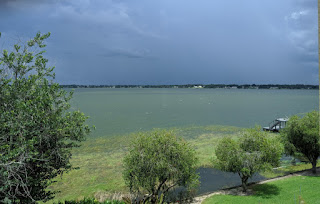 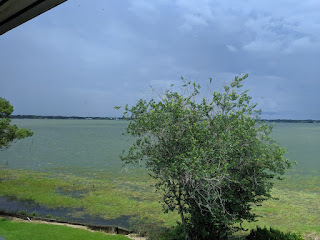 I crocheted a kitty on top of a light bulb (screw top). It's so cute 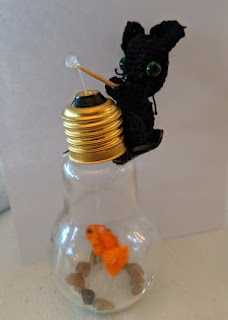 I had so much fun watching ducks dive for food in our retention pond. Bottoms UP! 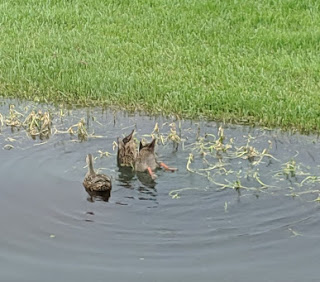 We thought it wouldn't stop raining. Luckily the retention pond puts water back into the lake but I'd hate to have a hurricane come about now. 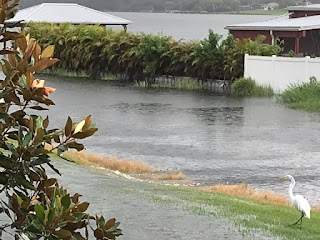 The water is quite high. 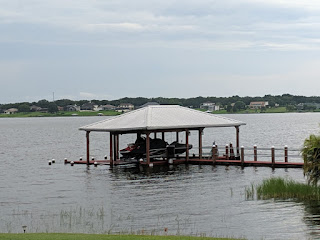 We gauge the lake is by the metal side across the canal. It's as high today as it was in the hurricane Irma. 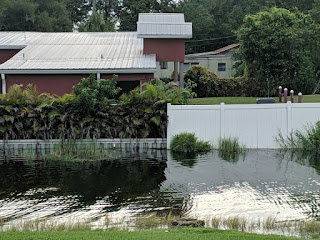 But nothing beats the birds raising their young. The alligator hasn't been around this week. 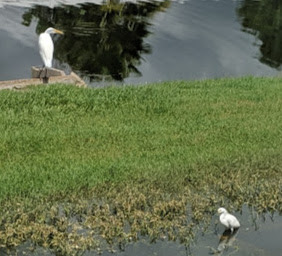