I try to cover what's going on around us plus our own lives in the blog. It's also a great way years from now to look back to different big events. This week there's been two exceptional events.

Our youngest son, Rick,  has been training for the Chicago Marathon for several weeks and on Sunday he was one of the 45,000 people in the run. There was an app online that anyone could follow him and any runner from a tracker on their shoes so we knew where he was and how well he was doing. It was in the 60's and rain for part of the route. (Click on the pictures to enlarge).
His view before the race. 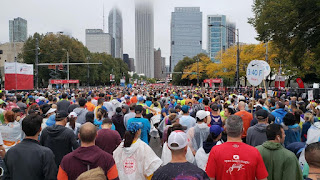 On the route, picture taken by his girlfriend. 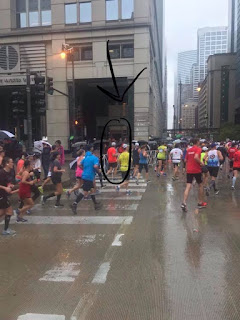 This is what I was watching online. 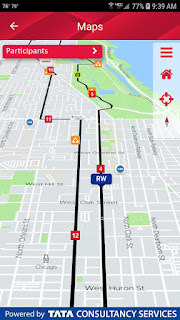 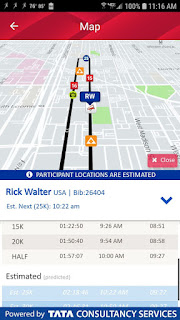 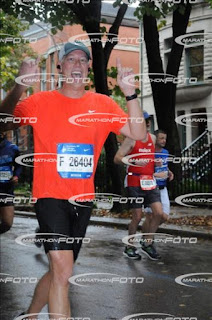 The pictures were taken by the marathon group. 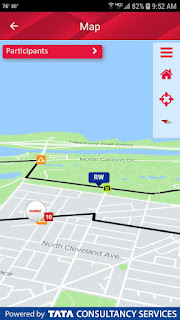 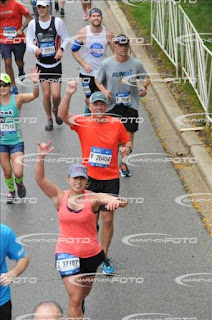 Over the finish line. His time started later then the front runners, his time was just over four hours. He was in the "second" wave, there were four waves. 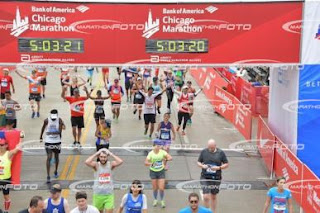 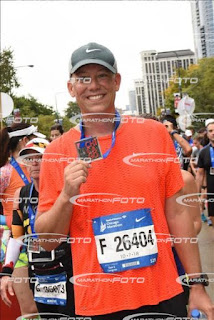 A map showing the route. 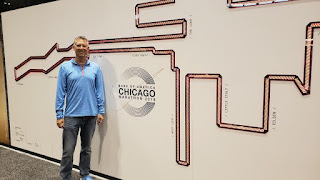 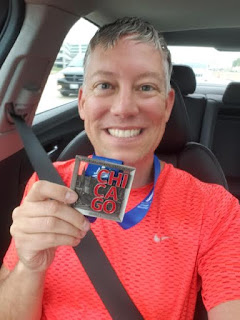 We're so proud of him. It's his second time running it. The first time was several years ago. He said he was sore the next day but plans on a half marathon in a couple weeks. Congrats Rick, good job.

Now for the second big event, hurricane Michael. It started a week or so ago in the Caribbean. It was going to be a "watched" storm but the weather people didn't think it would amount to much and may not form into a storm. That changed quickly over three days it was a major hurricane. The closer it got to Florida the more intense it became. We held our breath that it wasn't going to turn east more then it did. We didn't get any wind or rain from the main storm, but did get light rain and wind from the outer bands. It headed to Mexico Beach, Fl further north into the panhandle 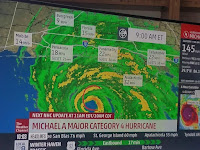 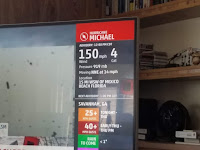 I stayed with the weather channel and most of the main TV stations along with social media to follow the storm. I worked as a ham radio operator at the NWS (National Weather Service) thru Fran 1996 in North Carolina, so I knew what was going on behind the scenes. It was amazing to see a hurricane in the DAYLIGHT hours. For some reason they love to land at night when you can't see anything. The devastation is enormous in the panhandle. The third biggest hurricane to hit USA and the most intensive in that area of Florida. Amazing. I think the most impressive I've seen so far on TV, is the train that was knocked to it's side. 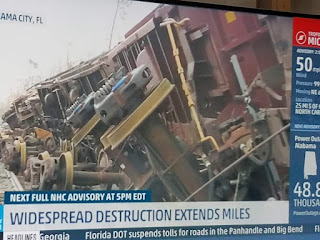 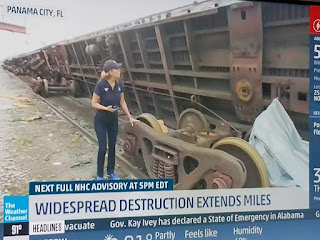 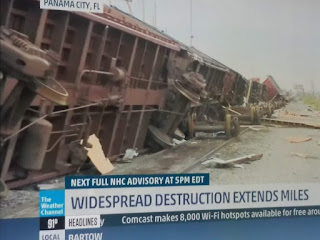 There's a lot of videos on social media and I'm sure there will be even more as the days go by. 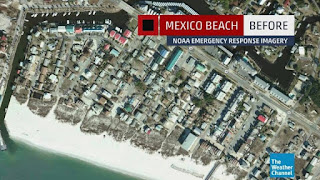 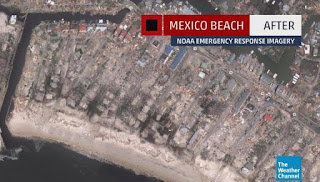 Jim found a great website of the largest hurricanes that's hit the USA. It's a great site if you're interested in past storms. https://www.nhc.noaa.gov/outreach/history/    Another great website is on youtube.com This will be a very long cleanup.

The normal things around here is nice sunsets, 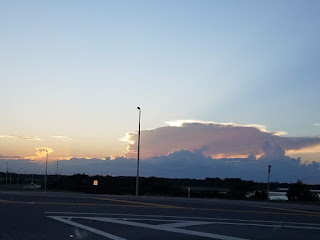 We've been having a lot of vegetation in the canal that's beginning to take over the area. A loud boat was coming around the corner and it was an air boat checking it out. I hope they can do something about it. 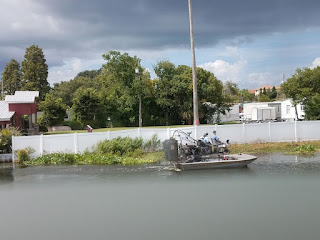 There's a big blue heron statue in our neighbors yard and a real one that comes to visit quite frequently. Can you tell them apart? 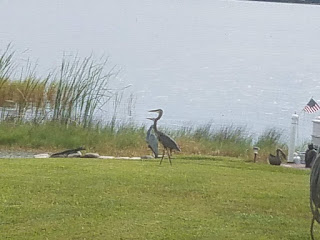 We're hoping no more hurricanes for the year. We're vulnerable in Florida, but we love it. Until next week, stay safe.