It's been an interesting week. All week we've been following hurricane Florence. It started off the coast of Africa and it never gave up from growing. It hit yesterday morning on the coast of North Carolina. We have family and friends in the whole area of the storm. Harlowe, Wilmington, Raleigh, Columbia, SC.  There's a story about Columbia. Our oldest son is a TV producer at the NBC TV station in St. Louis. They sent him and two co-workers to their sister station in Columbia, SC to help with the storm coverage. It's his first time in hurricane conditions and we can't wait to hear all about it when it's all over. Jim's two sisters and their families who are in Harlowe, NC (near Beaufort) did ok all night. They lost power about 7pm Thurs, so they rode out the night in their motorhome, with generator power for air conditioning. They did some rocking and rolling, but no damage and they're fine. Jim's brother in Wilmington is doing fine. So far as of this morning, there's no flooding where they are but still waiting for the rain to stop.

The rest of the week has been normal activities. Playing card games with different groups, darts, the Wednesday weekly meeting. I'm trying to stay busy. I haven't crocheted in awhile, nothing has come up for orders so been playing a lot of computer games.

We went Friday night to the Amway Center in Orlando for a dinner and meeting with a ticket representative to learn about season tickets. After dinner a young guy named Justin showed us around the arena. 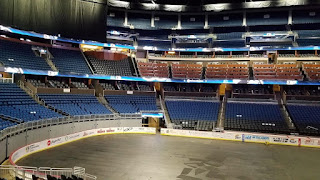 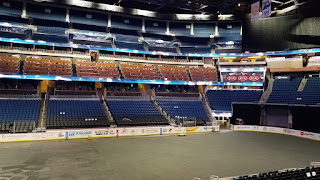 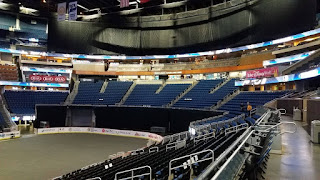 During the game the scoreboard is lowered. 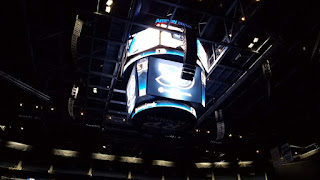 A place to have drinks before or during the game. 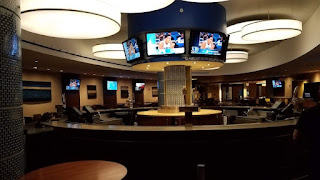 A dinner area before the game. 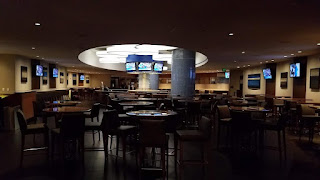 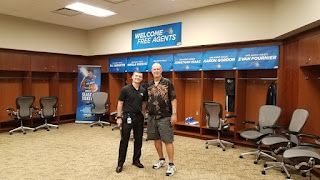 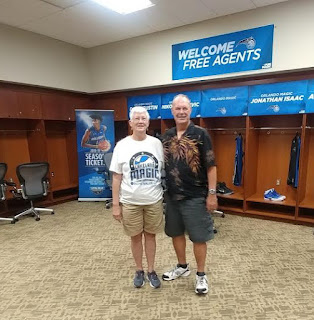 We didn't get season tickets (way too expensive for us), but we had a nice meal and a fun tour of the arena.

I love sky pictures and storms. This week I had plenty of chances to get them.  Here's a few of my favorites. 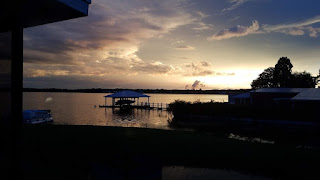 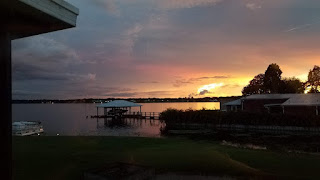 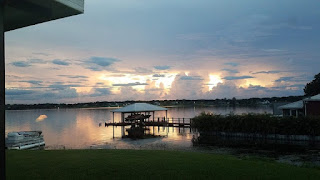 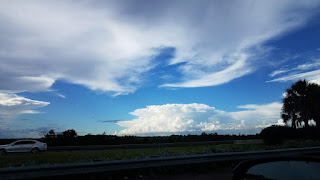 This is from Michigan and from a Facebook post. It's so beautiful I made it the screen shot on my phone. 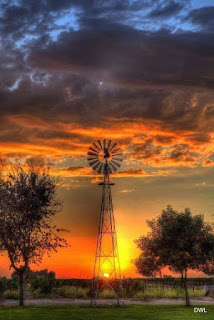