It's been a quiet week this week except for July 4th celebrations. We had linner (lunch and dinner) at the clubhouse with over 100 people. When meals are free people you've never seen come out of their houses. We had several new people that no one knew. That's always fun to see where they live and when did they moved to the community.  (Click on the pictures to enlarge).
Tables are all setup. 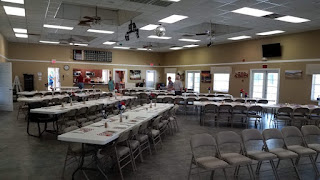 The guys and "supervisors" grilling hot dogs and hamburgers. 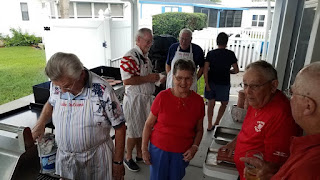 The servers all ready to go. 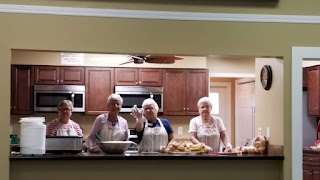 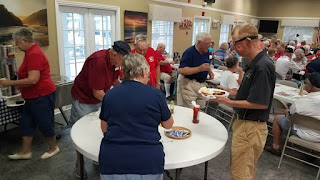 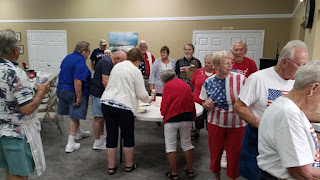 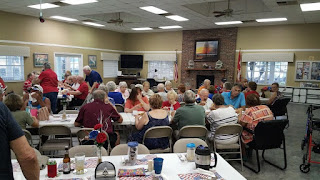 We had potato salad and baked beans with Eskimo pies for dessert. The music was by Ken Scribner. Thank you Art and Lou and all the volunteers for putting on a great celebration. After dinner there was a cornhole tournament which was a big hit. There's a few more pictures on the LJL website,

There were lots of fireworks around the lake about 9:00 and ended by 9:45. There were at least 11 areas shooting them off. I didn't get pictures this year, just too far away to get them and we didn't go outside because of the mosquitoes. The neighbors across the canal had some fireworks going off, it looked like their place was on fire for awhile. 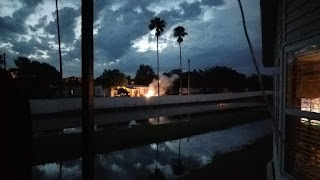 The lake was full of people this week. Boats of all sizes and some were pulling rubber rafts all over the lake. Several skidoo's were also riding around. There was a lot of activity next to us. 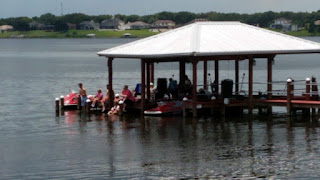 There wasn't any sightings of the alligators, guess they stayed at the other end of the lake in the weeds.

There was a lot of free time this week, so we decided to see Incredibles 2 movie. I don't remember the first one but it didn't matter. It's been 14 years since the last one and we both loved it. 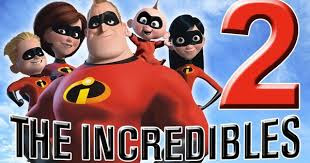 We were the only ones in the theater till five minutes before it started then there were seven of us. We love movies during the week in the early afternoon. 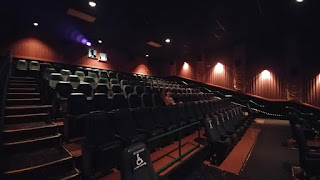 Three of us decided to go to the Christmas Tree Shop in Altamonte Springs this week. A couple of us were there a few weeks ago and I wanted to go again. I'm starting Christmas shopping and it's the best place to start. We had a great time spending the whole day eating lunch then shopping. The Total Wine store is in the same area so we spent some money and time there too. The traffic wasn't real bad coming home, at least we made it before dark. I'll go again the end of the month with my sister. The best way to describe the store is a Bed Bath and Beyond on steroids. 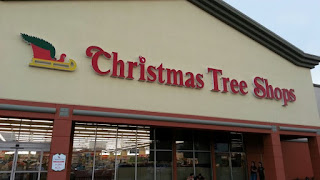 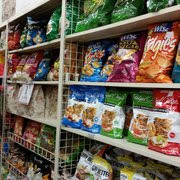 There's all kinds of stuff, not Christmas stuff, it's half the price of the BB&B.

Our tiny frogs are out in force. When we go out or come back at night they're on the side of the house. This little guy was on the wall before it got dark and they are showing up on the windows early evening. 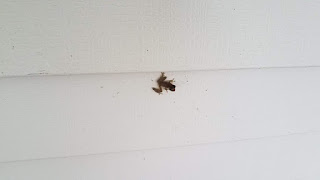 Our rains are everyday and it's hot and humid which will last everyday till October. It's Florida.