Saturday: we planned on going to a craft fair, but when we were leaving it started raining. It's getting into the rainy season in Florida. They're usually quick strong downpours and the craft fair was outside in a central park. We went to a carport sale of our neighbors instead. Then we went home and I crocheted. Rains are a little different in Florida. It can be raining on the one side of street and the sun is shining and not raining on the other side. Some showers are so quick it's like a downpour then gone in seconds. It's a good idea to never leave your windows open if you go in the store even for a minute.

Monday: we started our first series of doctors appointments for the year. If we're lucky we'll not have to go back for another year to any of them. This time it was dermatology. We both checked out ok, just a couple freezing on some spots and good till next year. That's good news.

Wednesday: we had our monthly luncheon with only gals. We went to Millers Ale House in Celebration.  The food was good and it was timed that we all got it at same time. (Click on the pictures to enlarge).

My three fish tacos. I had to take one home. 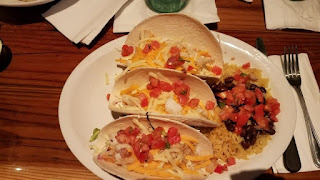 The gals that attended. There were 25 of us. 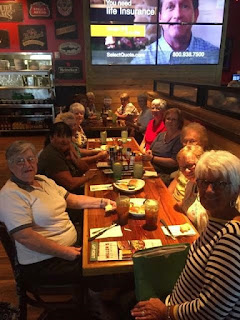 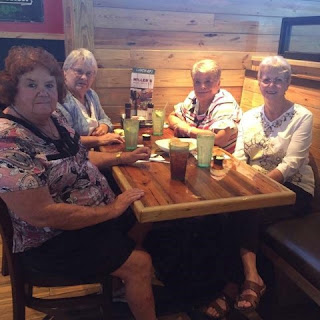 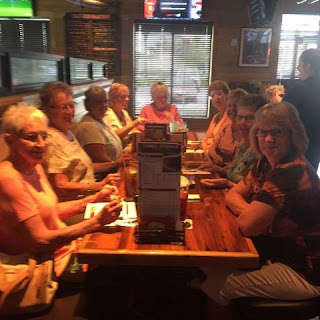 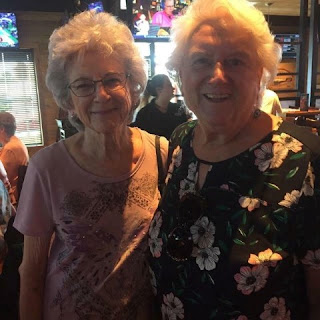 Just as we were ready to leave a big rain storm hit, waited a few minutes and it was gone with bright sunshine.

Thursday: we took Verner for his 97th birthday to Cherry Pockets in Lake Wales. Donna went with us. It's a rustic place in the middle of nowhere. We were there in 2013 but they've upgraded quite a bit. 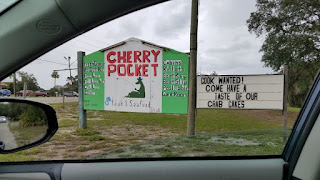 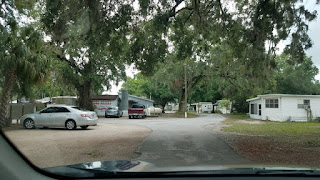 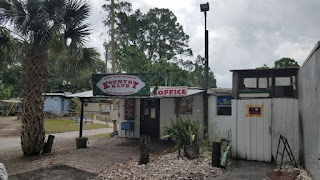 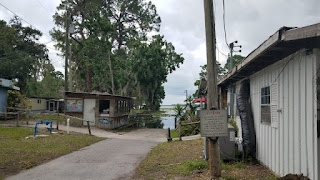 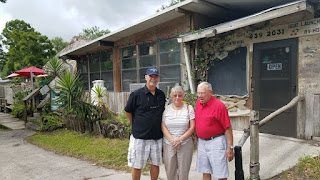 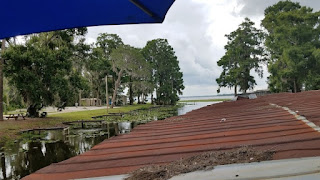 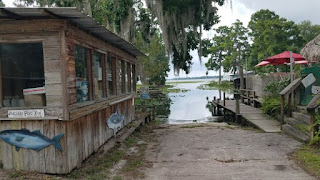 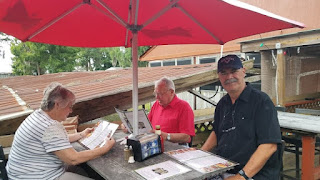 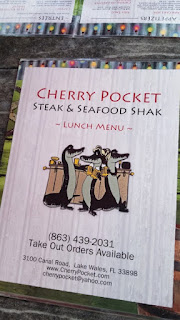 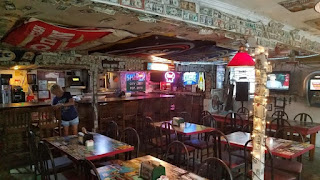 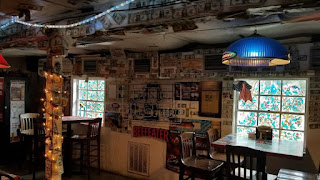 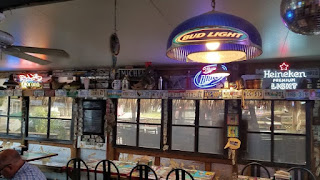 Jim with his dessert. 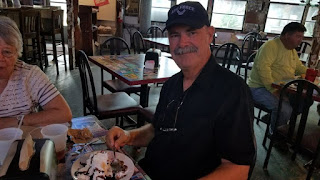 Donna looks like she's had enough.  Our desserts were huge. 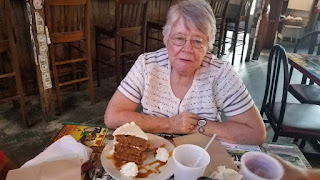 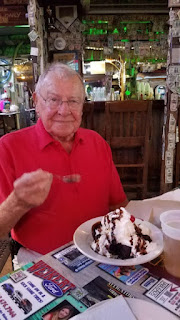 We had a great time visiting and again hit a rain storm on the way home with lightning just ahead of us. It was gone by the time we got back to the community.  Happy Birthday, Verner, it's really on June 23, but he's leaving to go north and won't here.

I'm still crocheting and this little bear was done in the thread type that makes necklaces. It's too hard to work with for what I do, but it came out cute. 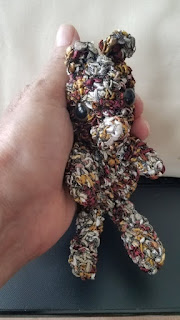 Friday morning we had a visitor in the canal. The resident alligator was back and stayed on the bank for quite awhile. It's the younger one from last year and it's grown quite bit. We haven't seen the bigger ones lately. 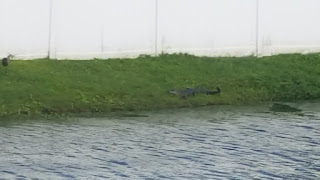 We have a day trip planned for Saturday, so stick around we'll post all about it next week.