A Wild Night of "Destruction"

This is a special blog for something we've never done or seen. It was a wild night of destruction.
Click on the pictures to enlarge.

We went to Winter Haven to see Night of Destruction at the Auburndale Speedway. All kinds of antics with racing cars. No rules, no cleanup. It was the best night ever in racing. They raced buses in figure eight, cars with trailers behind them, (even an RV).  There were cars racing around another car on pile of dirt. One race was  playing soccer. Debris everywhere. The last race the winner was the last car running. We laughed till we had tears. They are doing it again in November, yep, we'll be there. The place was packed. We had a quick downpour so we sat wet the last hour, but it was all ok. Here's pictures of the races, I hope you can see the video it's really funny cars chasing a soccer ball, green team again pink.
More cars racing then there is in Nascar, 45 of them. 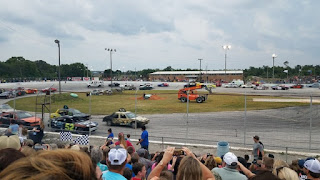 The car with in the dirt and pink tire on top is the "flagpole" They had to go around the flagpole then continue around the track. 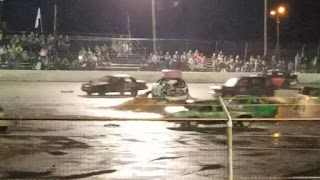 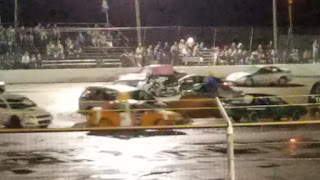 Both back tires are off. It was difficult to navigate the turns. 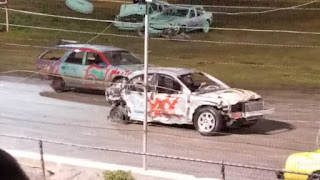 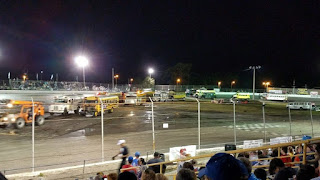 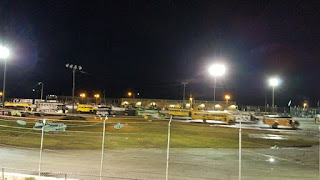 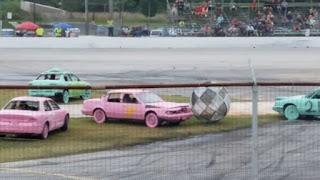 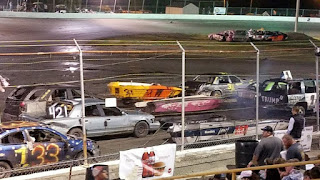 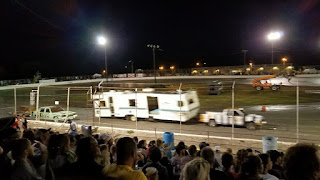 The RV was rammed and tipped over, then the fun really began. 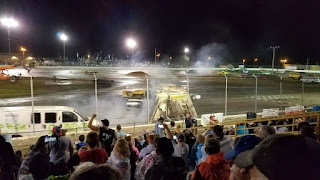 Car came around from the opposite way and tried to crash thru it. He finally gave up, went around the track and crashed from the other side. 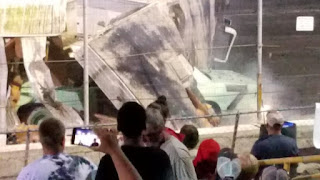 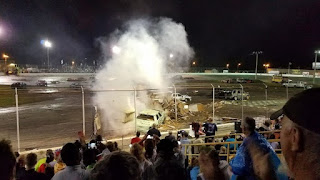 That wasn't enough. They lined up all the remaining cars that could run and crashed into each other, the winner was the last car running. 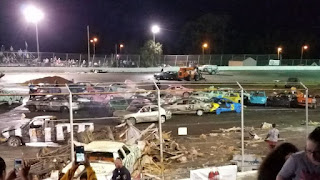 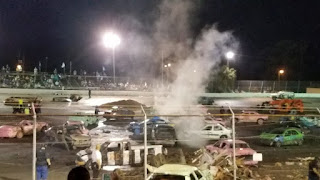 Even with the rain it was a spectacular night.