The chatroom is still active at night beginning about 8:30pm. Please join us if you can.
CHATROOM

It was a very chilly morning but warmed up fast today. Now we should be out of the cold and headed toward the heat of summer.

We had a great with with visitors from Iowa. My school mate Melba and her husband Ed stopped by to see us. We see them every year while they're in Florida. They came here on Saturday and we went to Kissimmee to see them on Wednesday.  (Click on the pictures to enlarge). 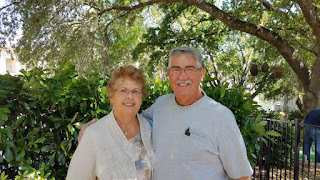 We went to their timeshare to see what it's like. We've considered doing a timeshare but haven't seen where you can stay. This one is 5000 Avenue of the Stars.  Here's a few of the pictures of the complex of several buildings. It's 60 degrees with winds that are very chilly. We were in jackets, the people by the pool had to be snowbirds. 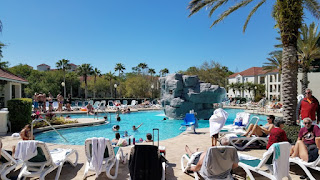 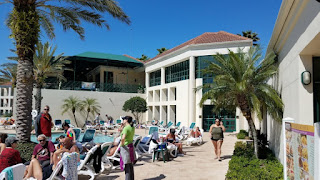 Statues at the entrance. 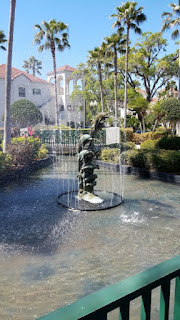 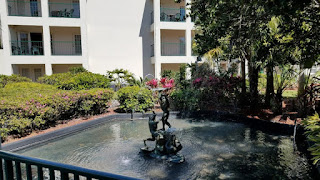 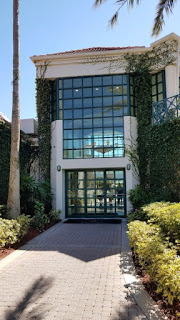 Fun by the pool. 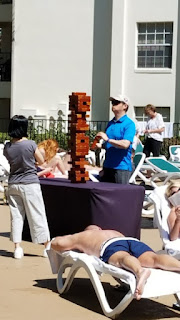 Pond between the buildings. 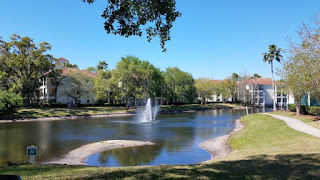 An Egret was walking on top of the bushes looking for lizards. 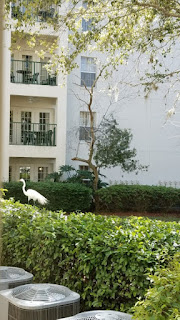 The games at the clubhouse were fun this week. The snowbirds are still here so there was lots of money being won at Knockers bingo. I played darts on Monday and had a bulls eye finally. The general meeting was Tuesday night and that's the last for this season. We'll have another in November to start the new season.

Friday was another fun night with animal races. I went two years ago but didn't know many people and didn't understand what was going on so I left. This time I stayed and got familiar with the game. There's six wooden animals and a person moves with roll of dice  along a taped area. The bet from the people in the audience is 50 cents per animal. You can vote for one or all. It's so much fun and a lot of laughs.

One of the animals is a wabbit. Cindy is dressed as a rabbit. 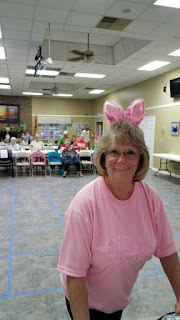 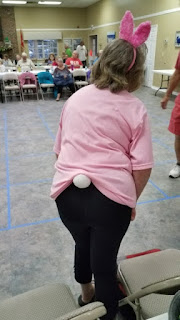 There's lines on the floor and with a roll of dice you move up a square the dice says for that number of animal. Whoever gets to the other end first wins. The one that bets on that number gets the money of that animal. It's usually $2.50 but can be more. 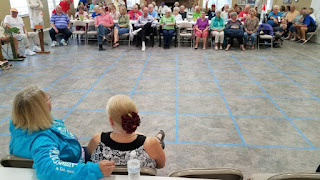 The stables where the animals wait. 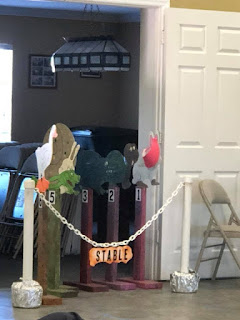 The line was to place your bet. The best way is to bet on all six. Someone is going to win. 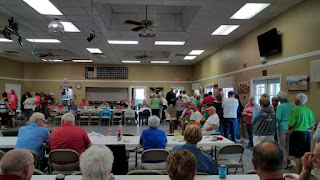 The animals ready to play. 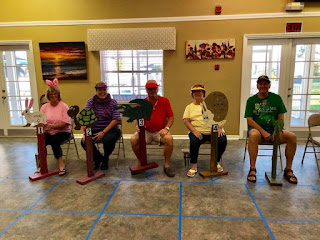 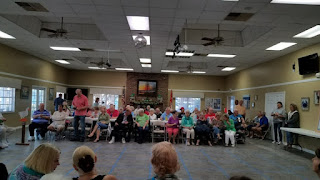 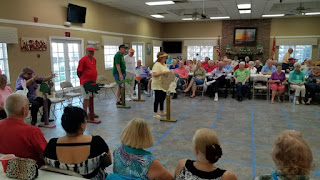 This one was behind so he walked backwards. 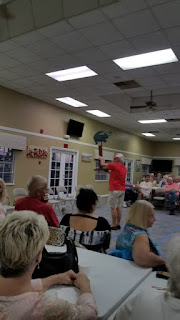 One race was all dogs. This one pulled ahead. 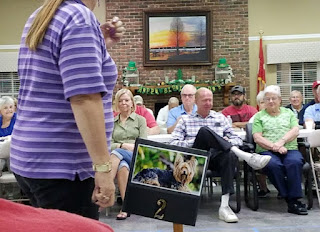 There's also one race with horses. You bid to "buy" a horse the pot can be $200 or more. That's a good amount of money IF that one wins.

That's the activities for this week. The rest of the time was crocheting slippers. I'm trying out new patterns for women and men with several different sizes. I'm also hoping to make saddle shoes. These are two I made. The dark blue is size 6, the light blue "tennis shoe" is 9 1/2. 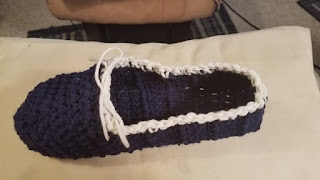 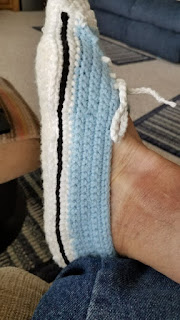 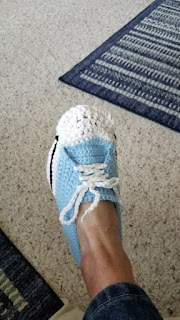 I also made a shih tzu for a gal. 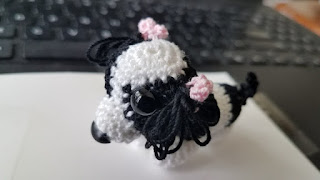 The pelicans came back with all the rest of the birds that seem to be caretakers. It gets really noisy when they all come to the canal. 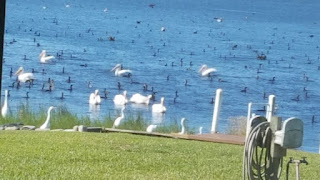 It's been a fun week and a busy one. See you next week.

Announcement:  If you're traveling to Washington state this summer, we have an RV'er friend Steve and Maria, that has bought a recreation place. Ocean Shore Boathouse.  Please stop by and have some fun.