A few of us got together and went to Webster to the flea market. It's big and is only open on Monday till 2pm. It has two parts, the selling of items and used. There's also a section that has bulk which items are in big bundles to buy and resell. We got there at 8:00 and some of the vendors were still setting up. A quick rain storm went thru but we were under cover. (Click on the pictures to enlarge). 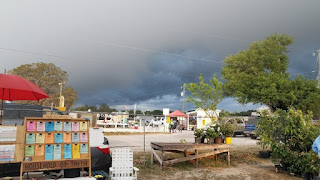 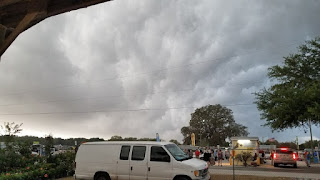 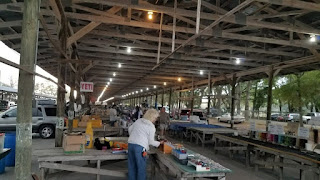 There's little sheds beside the covered area. The vendors have their items inside and just close and lock at night. 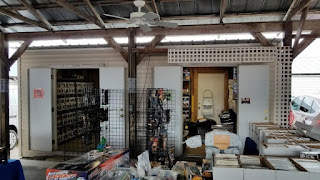 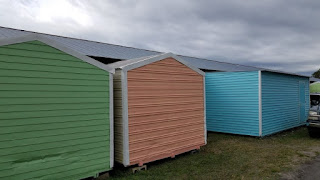 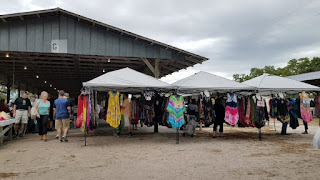 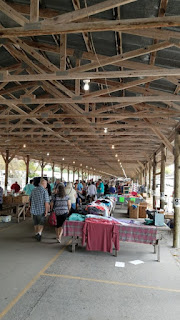 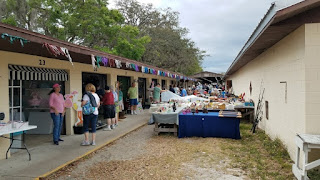 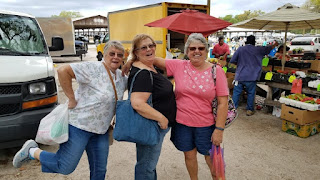 Our lunch was strawberries on a biscuit. 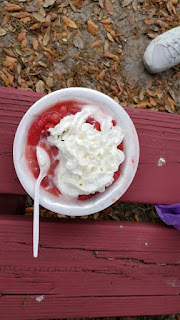 This tree is so neat. There's four trunks altogether. 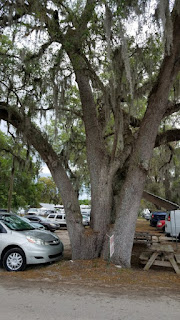 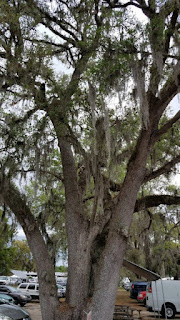 I didn't take a picture, but another section was for used items and a lot of tables were guns, lots of guns of all types. All you need is a Florida license (or ID) and cash, and you're on the way. No one was doing any documentation. Even a few AR15's were for sale. I'm not getting into the politics, I'm just saying it's possible to buy weapons with no mental health or any checks. This may be true for all or some of the other flea markets. It's a lot different then the gun shows or stores.

I played darts on Monday night. Tuesday night was a going away party for Alice, a friend in the park. Wednesday was the morning meeting and after the meeting we had a doctor and a couple nurses come in to talk about strokes and heart attacks. It was quite informative and very well done in layman's terms. Women have different symptoms then the men and they covered it all. I'm glad I stayed.  The afternoon I played hand and foot card game.

Thursday we saw the movie A Wrinkle in Time. We both enjoyed it. It's a fantasy type movie with Oprah. There's a lot of computer generated graphics, but still really good. Two thumbs up. 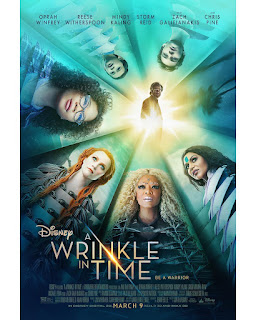 In the evenings and during the day when there's nothing happening, I'm still crocheting. A neighbor wants dinosaurs. I'm making three of them for her, two are done. 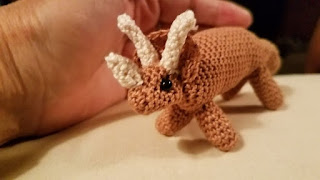 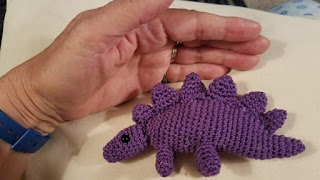 One thing that happens all year long when the wind is in the Southeast, we get blind mosquitoes. They love light colors, so the houses that are white or light colored you see them most. They fly in your face and get in the house when you open the door. They don't bite and they die quickly if they get in a car or house. This is what they look like when they land on anything white. 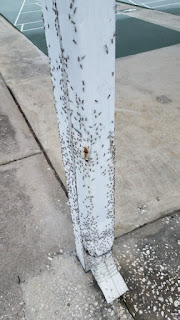 Friday was a very active day. I went to Avon Park for my monthly massage and meet with crocheting friends. We met at Barb's place in her park model, all 18 gals. It was a morning of laughing and catching up with friends. We lived in the park for six winters. In fact we moved two years ago today.
Here's a few of the gals that met up this morning. 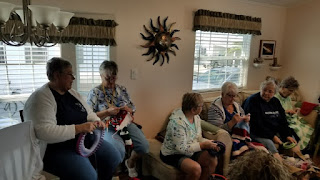 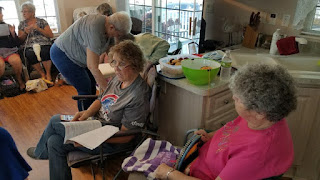 A couple days ago a fire destroyed a park model. I didn't know the people that just bought it and was remodeling it. They were all done and had a party to celebrate on Sat, later in the week a fire started and took everything. The fire department is across the street from the park but couldn't get there in time to put it out. The lady got out with the help of a neighbor. It's still under investigation, but talk has been it was an electrical problem in a lamp. Everyone could have a fire, but in a park model it can wipe it out in just a few minutes, just like an RV.  I feel so bad for them. You can smell the smoke of  the remains. The house next door has buckled siding, that's how hot it was. 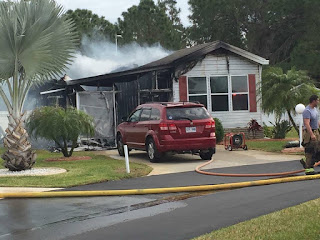 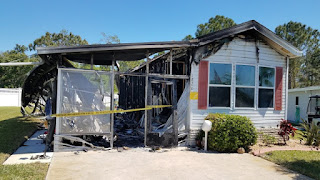 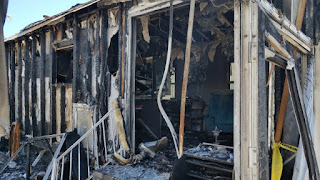 I had my massage late afternoon then went home in time to go to the basketball game. Tomorrow night is the last game of the season, then if we go to the playoffs we'll start next week. We're one game out of the finals. They won tonight so we still have a chance tomorrow night.
One of the entertainers is the guy on stilts. He's very good walking around dancing. 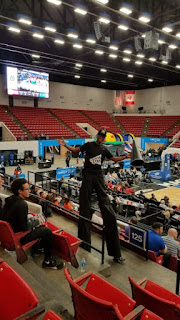 We found out if we went to the other end of the arena we could watch the players go to the locker room so I got a couple pictures of the players tonight. 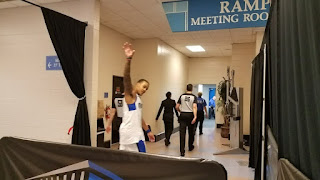 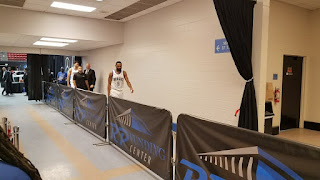 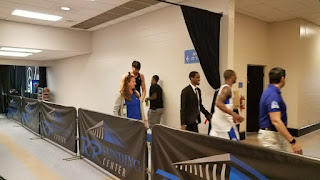 This picture is from the house across the lake. This time of year it looks like it might be on fire. The sun shines on their windows giving a very bright fire looking sight. 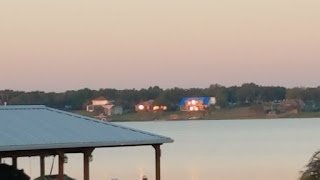 Spring has sprung. Have fun this week see you next week.