We had a great busy week and it's not calming down for at least another week. We had a wonderful pancake breakfast last Saturday. A resident makes pancakes and sausage every year. He does it in two groups 8:00 and 8:30.  We took the 8:30 shift and there were already a lot of people eating.  We'll be going next year if they do it again.  Saturday night it was cold, not just chilly, it was 40 degrees. That's cold for here but we went to a bonfire with hotdogs and smore's. What a great time! It was an early night, just too cold to stay out very long even with the fire going. 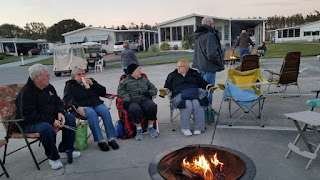 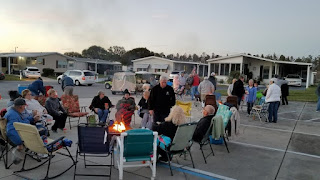 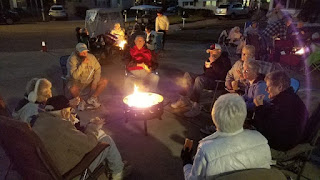 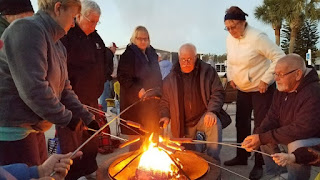 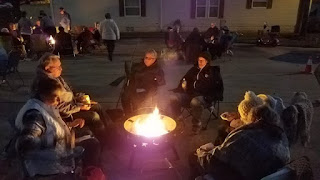 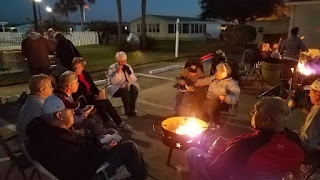 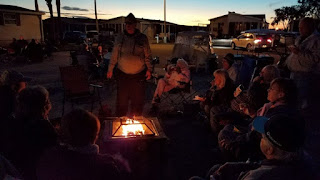 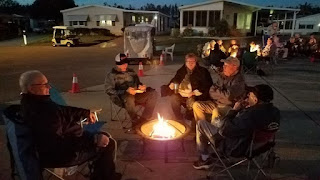 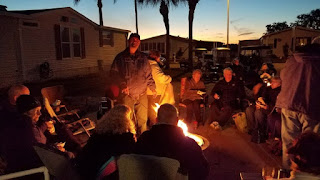 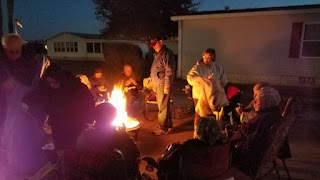 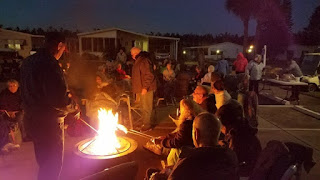 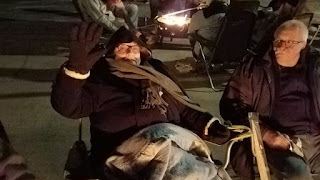 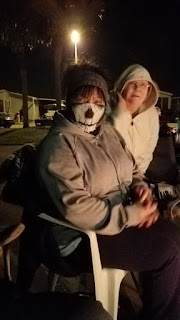 Tuesday was my massage. It's been awhile and I was really feeling tight. I'm now having no headaches and my neck moves. Tuesday night was the HOA (Home Owners Association) installation of new officers. Our president, Jerry Baker,  turned it over to the new president, Joyce Stock. 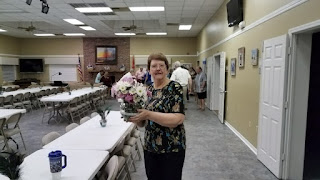 There were 150 people attending. Here's a few pictures of the event.
Tables setup with blue runners. It was so pretty and official. 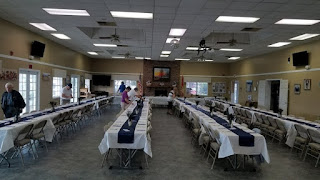 Registration with Cindy and Mary Lou. 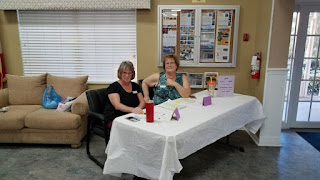 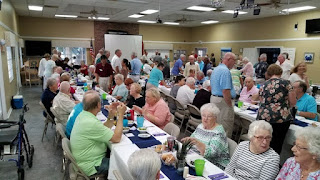 The HOA board in front. 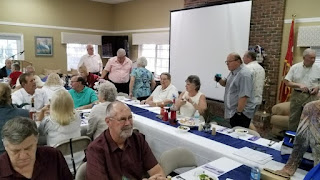 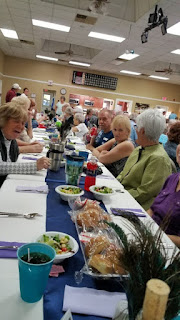 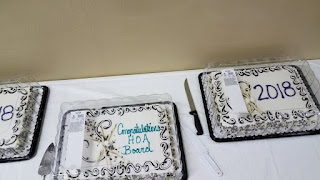 Wednesday we went to Avon park to see Jessica and Harry at Adelaide Shore RV park which we stayed for six years while fulltime RV'ing. They had a ham dinner with all the trimmings, plus wonderful bread pudding and pumpkin pie for dessert.
Jim, Jessica and Harry 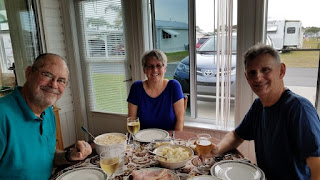 Thursday we took the car in for servicing. It's at 70,000 miles. The battery wasn't at full power so got a new one, the brakes needed new pads and we lost power to our windows. They couldn't find out why so they gave us a rental car and worked on the car Friday. They found the problem, a wire that broke and shorting out. We won't get it back till next week, they have to order a harness.

We also went to the movie, "The Commuter". It's excellent, you're on the edge of your seat the whole time. It's getting 2 thumbs up from us. 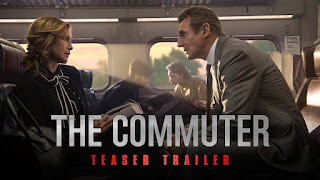 Friday night in the middle of the night we heard a cat scream, different than a normal cat. I found out there's bobcats in the area and they've been around lately. Maybe that's what's been getting in our garbage. I'll have to turn on the camera again. There were also four guys fishing in a boat with all kinds of lights. They caught something and we asked what they were catching, reply was alligator gar. They were excited about catching it.  There's usually something going on around here. It makes it interesting.

We have another great week ahead. Yes, we do get a few hours of sleep a night.