It seems like Christmas was weeks ago, but it's only been less than a week. Christmas eve we went out to see lights around the area with my sis, Doris and her hubby Herm. Jim found a few "popular" areas near Lakeland. Traffic was heavy which we were surprised but we weren't the only ones out looking at lights. There was a lot of accidents too. The pictures aren't real clear, but you can get the idea. (Click on the pictures to enlarge).

This one was our favorite. The grassy area was all in lights. The lights on the roof went on and off with music. The place was lit up everywhere and many people were walking around to see it. We're going back there next year. 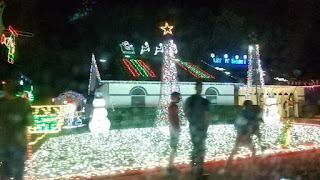 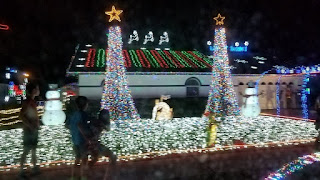 I remember as kids we used to put candles in sacks and light them. This whole community had 1/2 gallon jugs then had lights in them to light the entire roads to guide you to see the lights on houses. It was beautiful. I'd like to see our community do that in the future. 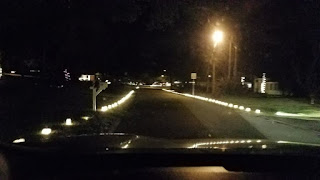 Here's a few houses and ideas for us next year. 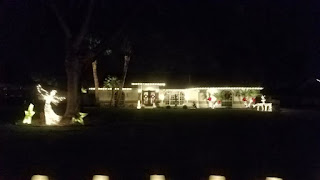 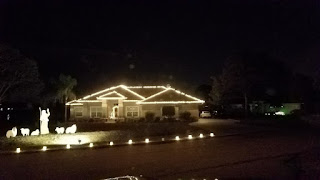 The tree had lights on and off made it look like rain. 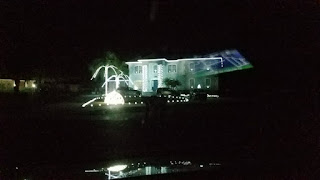 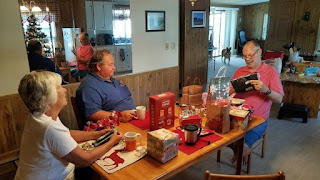 My sister's dog, Carley,  loves to shred paper. My sis can retrain her later, but we thought Christmas  wrapping would be fun for her to tear up. She had a good time. 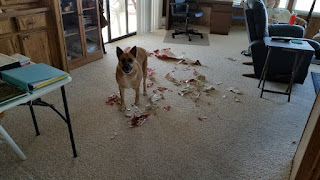 We were delighted to see a Woodstork on the canal. It stayed for several hours. The bird book said it is an endangered species. 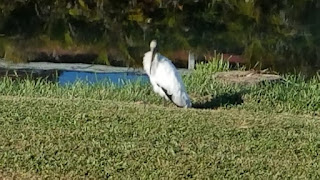 When I was at shuffleboard this spider web was wet from dew. It was so pretty 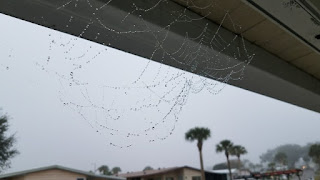 A lot of the people that stay in Florida are bundled up. 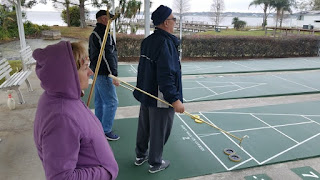 The pelicans have been hanging around a lot lately. They're here only in the winter months and found out they like our lakes in the area because of fish and clear clean water. I thought that was interesting. 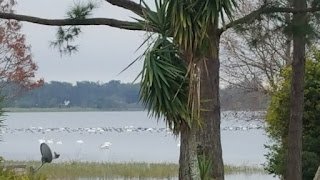 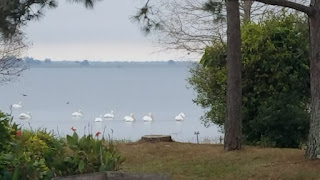 The last picture of our kitchen setup for Christmas. We're taking down the decorations today. It will be to busy in the next couple of  days to get it done, plus it's going to be colder so we don't want outside. 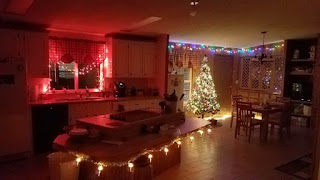 It's chilly the next few days but not as bad as up north. We're glad to be here. The sunsets are beautiful and I happened to catch one this week. 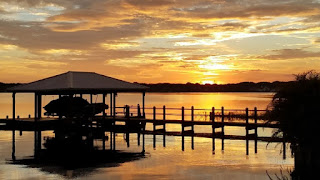