We've wanted to go to Bok Tower for several years while we're in Florida. My sister had a group from Okeechobee that do day trips once a month in the winter. They had a trip planned for Bok Tower on Monday so we tagged along.

Lake Wales is home to Bok Tower Gardens, which stands on the highest point in the state of Florida. The historic Bok Singing Tower is 205 feet tall. Built in 1929 by Edward W. Bok, the tower was constructed of pink and gray marble from Georgia and coquina stone from St. Augustine.  More info click here.   (Click on the pictures to enlarge.)

We went to the Pinewood Estate first. It's decorated for Christmas and is gorgeous. 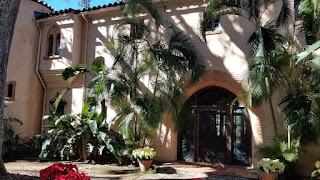 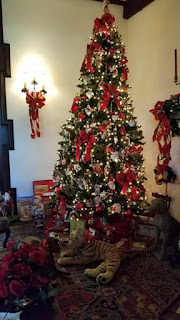 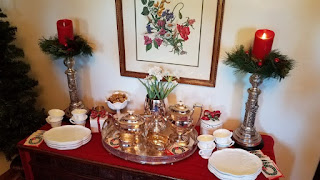 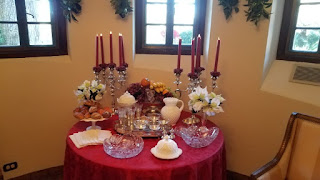 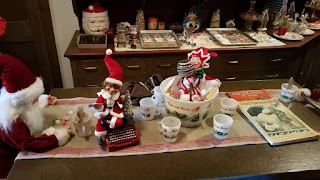 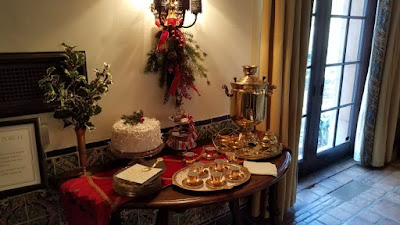 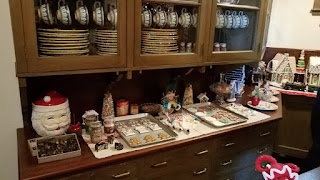 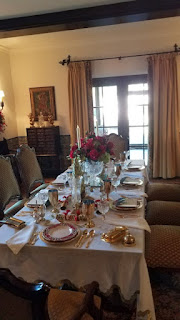 We loved the big wooden doorways. 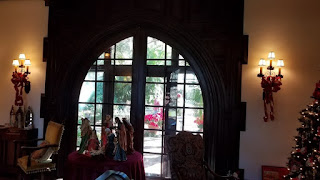 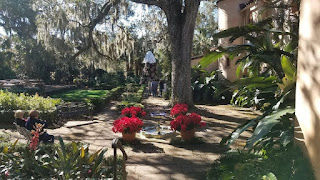 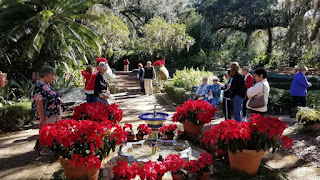 This is the wrong time of year for the gardens to be in full bloom. But it's still pretty. 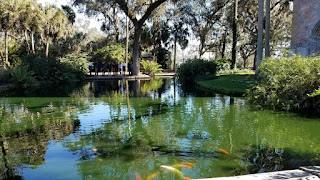 Views from the grounds around the tower. 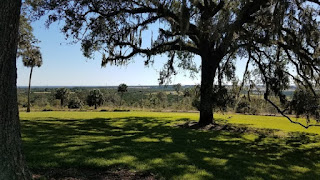 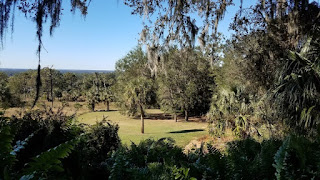 And the view of the tower thru trees. 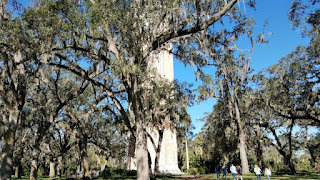 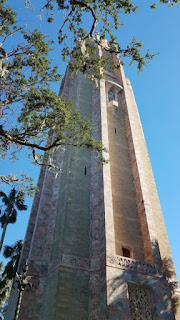 The Carillon music is once an hour and a concert a couple time a day. We stayed for the concert and was impressed. The man that plays the Carillon was taught in Germany. The bells range from 16 pounds to 11+ tons. 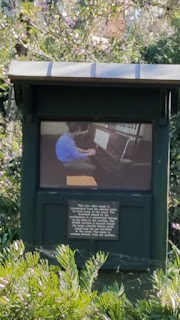 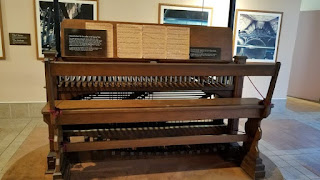 The keys are played with his whole hand or pressed with the fist. 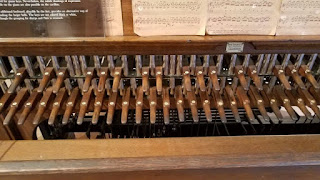 We stayed a few hours, had lunch at the cafe then went by Spook Hill on the way home. Spook hill is a white line on the road when you come up to it you feel you're going up hill but when the car is in neutral it feels like it's going uphill while going backwards. Optical illusion at it's best. 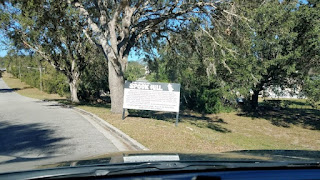 No one has been coming to crafts on Thursday,  so I've cancelled them till January. We decided to see the movie "Just Getting Started".  The reviews weren't good but we wanted to see it because Morgan Freeman was in it. We both give it a thumbs down, better to see it on TV and not pay money.

It's been a cold few days, so we haven't been getting out a lot. I have an order for crochet Winnie the Pooh and family. I got Pooh done, and thought it turned out really cute. 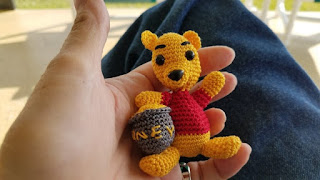 The canal is now cleaned, took a whole day to do it, but this is the vehicle that scooped out the debris and weeds. 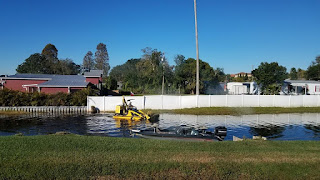 I sat in the Florida room a few hours watching the pelicans and birds. It was noisy and fun to watch while they flapped the water to get attention of the fish, or that's what we thing they were doing. Lots of bird life on the lake. 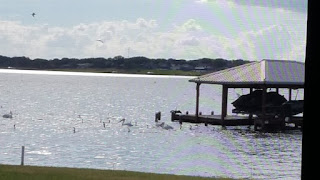 See you next week.