The craft fair at Sandpiper community is a week before ours, so I wanted to see their layout of tables and what's being sold this year. I also met five of the vendors that will be at our fair. I now know what kind of space they need and how to place them in our room at the clubhouse. It was a great showing with 50 vendors. (Click on the pictures to enlarge). 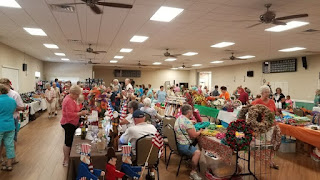 This week was another update to the house. We took out a couple of windows that leaked from hurricane Irma.  The hot water quit heating so that had to be replaced. We had some issues with the RV, but it's not any different in owning a house. Nothing ever goes the way you think it should or without one problem leading to another. The water heater went in smoothly, but after a couple hours the water still wasn't hot. 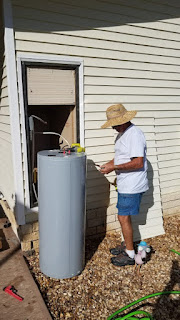 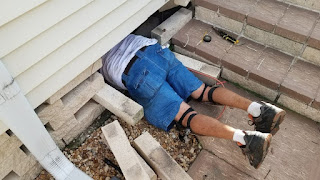 Our four windows look great. The first day was the water heater and one kitchen window. The second day were the other three windows. 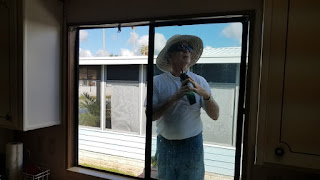 The white sides look clean and nice, they used to be black. 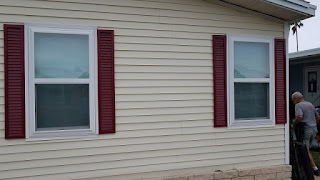 The lights in the kitchen were changed out to newer white ones. 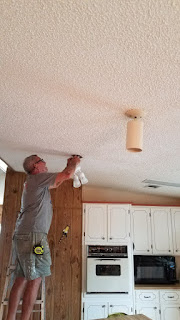 The only thing left in the house that we can think of doing, is changing out the shower/tub handles, but that will be done when our maintenance man gets done with the hurricane damages in the park.

The rest of the week was preparing for the craft bazaar.  Donna and I  painted a big banner. 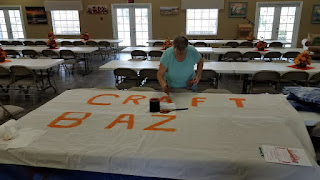 That was put on a fence that's around our park. 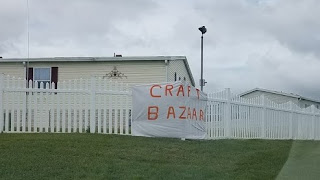 Jim helped with signs for the main road. 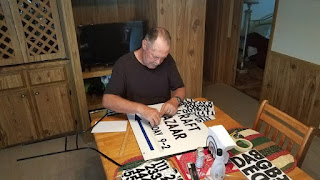 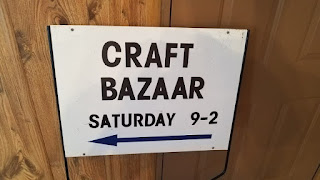 Then we found last years signs. The manager of the community changed the start time. 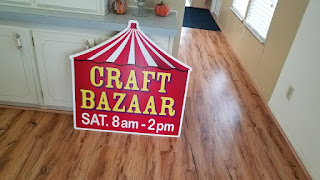 Saturday a couple gals put words in chalk on the boards we made last year. Our pallets are made into a chalk board with chalk paint. 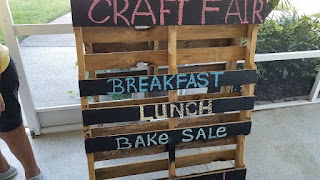 In the meantime Cindy came by with their golfcart with halloween decorations. 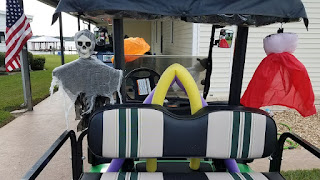 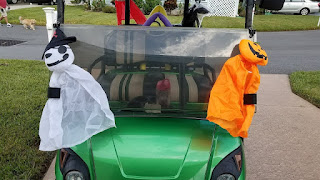 I made one more "critter" that someone posted on Facebook. I had to have it before going to the craft bazaar. It didn't sell. 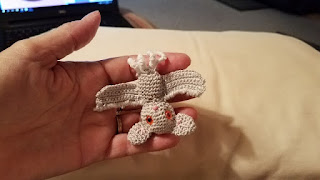 Friday setup went like clock work. The park residents are amazing with all the help to put the furniture in the library, put up 40 tables, put extra chairs away and put table cloths on the tables. 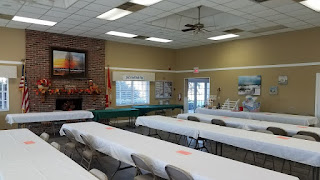 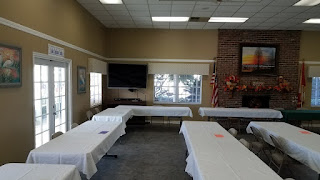 This is my setup. I sold everything but two items from last year. The newer items I made didn't sell. 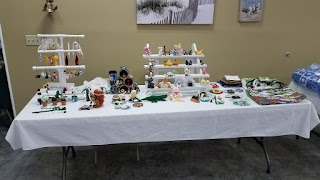 I sold $20 more then last year. The overall sales of all the vendors were very low. A few did well. We moved the bazaar from November 5, to October 21. We had garage sale last year at the same time. We didn't get nearly the crowd we had last year. There's so much going on in Florida that it's hard to have the perfect date. It's also early for the snowbirds.  Click HERE for all the pictures from the bazaar.

Now if you have something in mind that you'd like to have for Christmas, yourself or others, let me know. It's usually $2 or $3, with $2.45 shipping cost (at least right now that's the postage). It keeps me from getting bored and restless. Keep my insanity for Jim's sake.