The rest and relaxing after the bazaar last weekend meant it was time for another movie.  We went to see The Foreigner. We give it two thumbs up. It's not for little kids but it was suspenseful. (Click on pictures to enlarge). 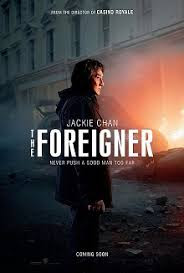 Monday morning I went to the first line dancing class for beginners. I had to be very careful with the knee but besides being tired I made it through the first class. It's a good work out. The first three dances were, The Slide, Wobble, and Cupid. In my opinion, the wobble is for teens, check out what it's suppose to look like HERE.

Wednesday was the gals luncheon at Cheddar Scratch in Lakeland. This place has really good food. They had three servers so we got our meal fast and hot. I didn't get a picture, I forgot this time. There were 22 of us. The snowbirds are starting to come down so the luncheon will be bigger in the winter months.

Tthe Lakeland Magic basketball games are about to start up on November 10 for their first game ever. We went to practice with our neighbors Allen and Trish. We bought season tickets and we sat in our seats to watch the guys practice. There's 24 games and will go till March. In March, Jim will work at the baseball stadium again this year.  We love our seat location. 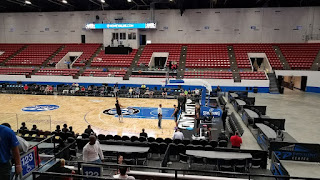 Halloween is coming up and our Halloween party is tonight. We decorated the clubhouse and got it ready. 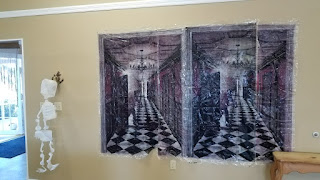 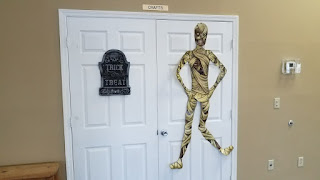 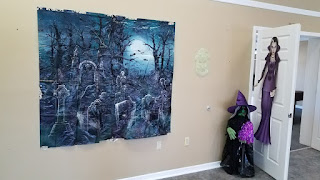 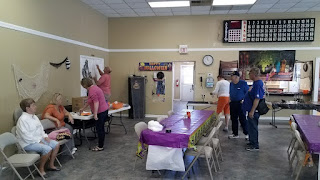 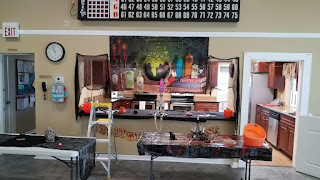 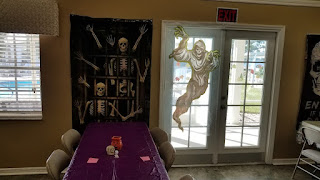 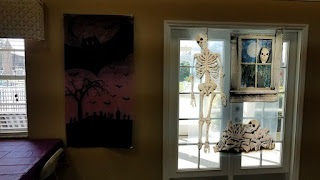 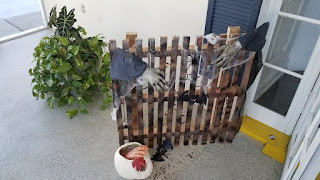 The outside is also decorated. 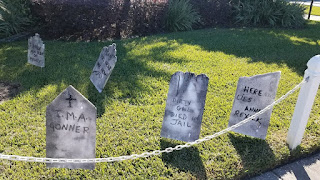 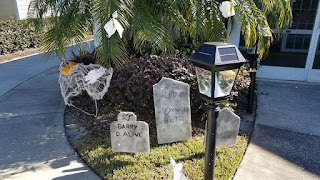 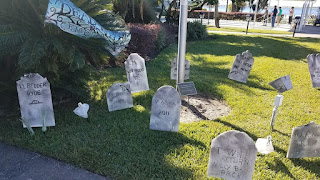 Jim went to see the Florida Symphony in Tampa. Needing only one ticket he got a seat in the second row. It was really close. 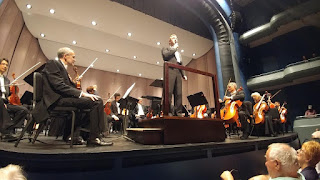 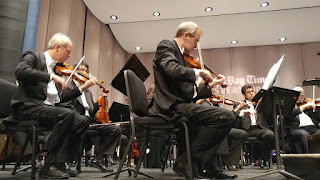 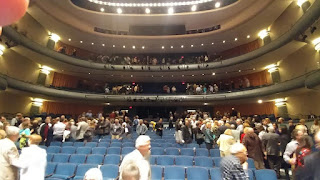 They played the 1812 Overture, with bells and cannons, and he said it was really loud. It took a while to get his hearing back, just like at a rock concert. He loves the symphony and tries to go to several concerts a year. But he said he'll sit a little farther back from now on.

We seem to do a lot of first ever sports. We went to the first ever Carolina Hurricanes NHL hockey game in North Caroline, and I worked the stadium in-seat food service. Before that, we went to the first Nascar race in Indy in 1994.  Now we're going to the first game of the G League Lakeland Magic basketball team. (The G League is the development league of the NBA.) It will be interesting to see how the team progresses, just like watching the Carolina Hurricanes progress thru the years.

We have another busy week coming up. I have a feeling this is going to be a fast winter. See you next week.