Albuquerque Balloon Fiesta from the Air

This is a special blog about the Albuquerque balloon fiesta in New Mexico. It's still on my bucket list to go,  but I found a website that carries the morning launches and a different view if you were actually there. This is from KOB.com TV station in Albuquerque. They run the video all day and start back live about 9am each morning Eastern time. They do well with the coverage, but lots of commercial time which they black out and have a screen saying commercial. It's neat to be able to take screen shots on the computer, or to watch it again during the day. Here's a few of the screen shots from the KOB helicopter.

The really good pilots fly over the Rio Grand River. They barely touch the water and when there's fog all you see is the balloon, not the basket. 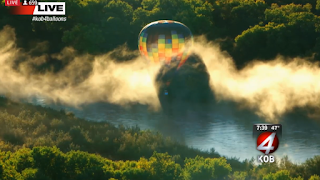 After the fog lifts. 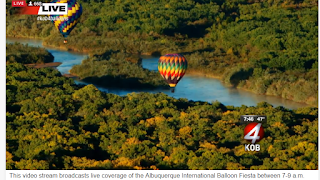 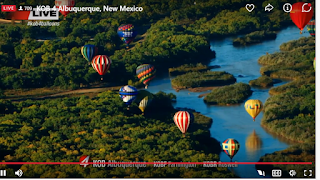 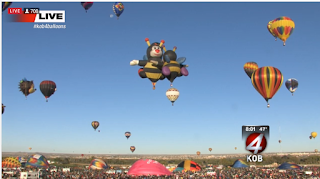 The stage coach doesn't go up very often. It takes 30 people to get it off the ground. It's the biggest in the fiesta. 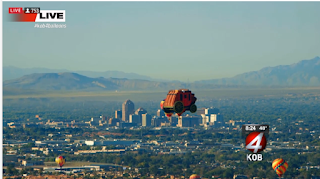 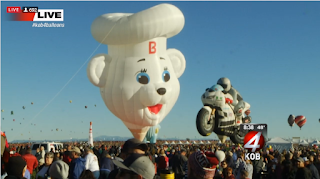 A new one this year, the motorcycle. 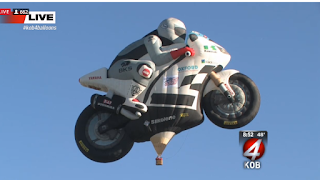 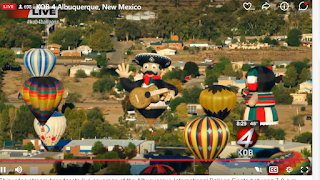 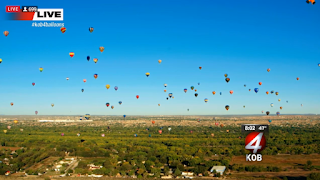 I loved this one, the astronaut and the moon. There's a race that started yesterday with the gas balloons. They fly east for as long as possible. They have a tracking website that's been fun to follow. They can go as far as the east coast. 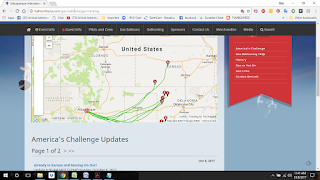