Back to Normal - Summer is Here - Day Trip

I had to get back into the swing of things from Pennsylvania trip. I'd love to stay in that area in the summer it's so pretty. I'm sure it will get hotter in the next couple months.

I went to Frank's to wash my car. I wanted to see just how many more dents I have on it, which ended up being none. I did have a few spiders and webs all over it. I ran out of energy from the heat to get the inside done. 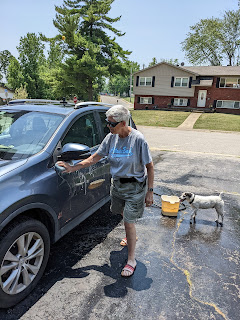 I have a film sort of thing on the headlights that's been driving me nuts trying to figure out how to clean is. Frank looked up how on internet and said to use toothpaste. It worked!  I wanted to do a bit more and thought of the glass cleaner you use on a stove top with a souring pad would work. That did the trick for the rest of the cleaning. It's hard to tell but tried to take a picture of before and after. 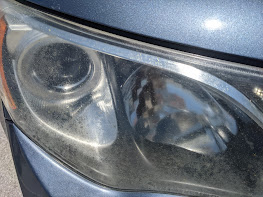 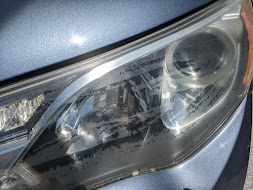 The headlights are brighter, that's the result I was looking for.
I wanted to mention for future reference that the summer here is a lot different than Florida. It's always hot with high humidity in Florida all summer, and it rains daily. Here it gets cool (57 deg on mornings at times) and the humidity is quite low. That changes in August they tell me, but most of the time I don't run the AC, only the ceiling fan. It's been better here so far I have to admit.
I needed an oil change, it hasn't been done since March of last year getting it ready for the trip to Illinois. I only put on 3500 miles for the year, but I want it done for the summer trips. Frank sent me a coupon and the rest of the town was using it to. I had nine cars in front of me for oil changes at Valvoline. It was an hour and 20 minute wait, but I had nothing else to do. I did keep the motor running for AC which took a bit of gas, but it was well worth it. They were fast and I'll be going back next time I need a change. 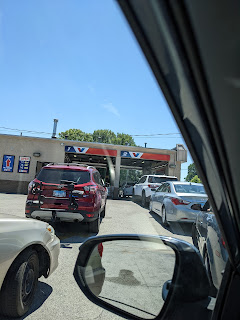 This is July 4th weekend. The family planned a get together with everyone in Peoria where our grandson, Kyle lives. It's something he wants to do yearly. We drove two and half hours to Peoria, IL Traffic wasn't really bad and very few trucks for a change. We met at a park which was huge and very nice. There was a play area and trails on steep cliffs to walk and climb. We stayed seven hours. Kyle grilled and did a great job for his first time. We had two tables of food and the desserts were excellent. 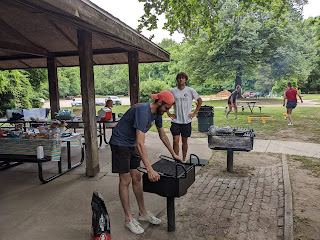 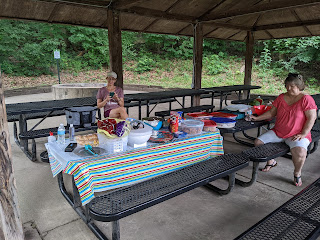 I didn't get a full group picture. I always forget what pictures should be taken and notice after I get home.
Frank (son) looks just like Jim. I had a rough time not calling him without saying hun, or Jim.
Frank, Kendall, Dee and Kyle 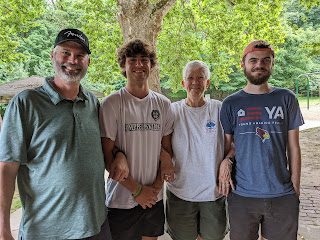 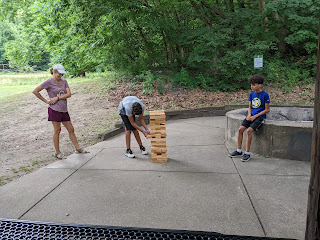 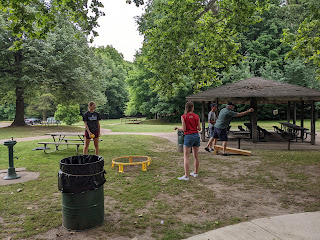 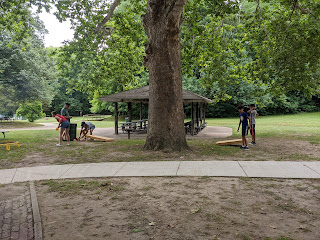 We went sightseeing i another area, Peoria Heights along the Illinois river.  We also stopped for dinner at a BBQ place. It was a hopping town with lots of bands playing and people eating outside. The weather was perfect. 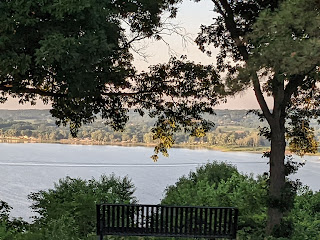 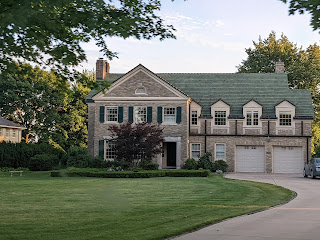 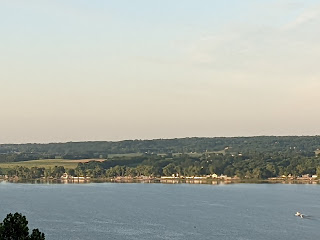 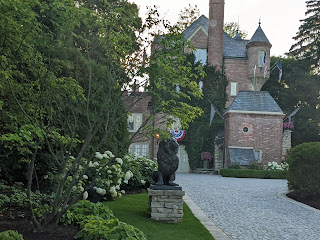 One of the bands in the area 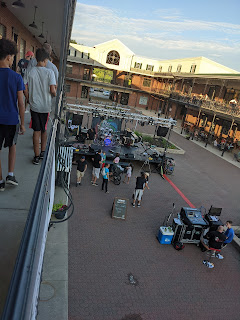 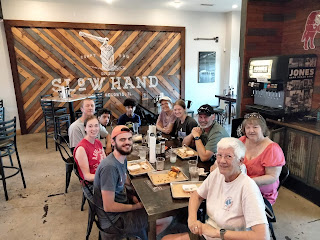 I took quite a few pictures and sharing the whole album. We had quite a time watching all the fireworks on the way home from all the areas. Some were way in the air and others were just close to us from towns. I also saw fields of fireflies which I haven't seen in many years. I'm glad to know there's still some living. It was so pretty watching them over the corn fields. We got home close to midnight. The ending to a wonderful week.
Click here for the album.

Sounds as if you had a great time!

Like you, I forget to take the pictures of what I really want the most. But you did take quite a few. Better than I would have done. It is lightening bug/firefly season here. We enjoy sitting on porch in early evenings watching them. Have a wonderful summer.