Saturday we had a group get together to play Spinners (Dice game)  and we had a fondue. We had a great time eating and playing the game. If you want a fun time with a group, I suggest a fondue party. 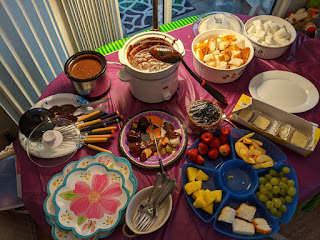 Wednesday, I  had my knee appointment in Sebring and the answer to what's going on with the replacement I had four years ago. I have calcium and some tendon weakness. I'm doing a lot better since the rehab, but no longer need to go. I still need to go to one more appointment to close out medicare with rehab which will be in a couple weeks. The knee doctor said if I start to fall or lose balance because of the replacement knee, I'll need to replace it again. I'm hoping it will stay solid and I'm done with the appointments. I just need to massage the top and side to keep the calcium from building up.

Thursday was the dentist. I have been going to the surgeon for 4 months off and on to take care of a root canal on a back tooth. He's given up on it and so far it doesn't hurt after this appointment. He's never seen this long and into the sinuses. He's hoping this is the last time he has to work on it, if it starts hurting again he'll pull it. I took a picture of the xray.  (Click to enlarge). The canal to the left is the one he can't get all the way to the tip. The next thing is getting a crown. I have a couple of appointments in December to get that done, hopefully before the cruise the first week of January. 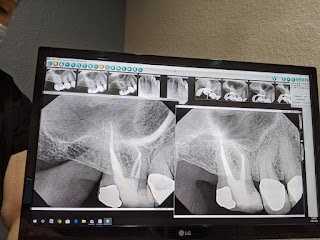 Friday, I went into Hospice early to help decorate the bereavement center for the kids.  I then worked on the computer to update files which will be ongoing for awhile. I love being there and will do some extra hours at the beginning of the year. 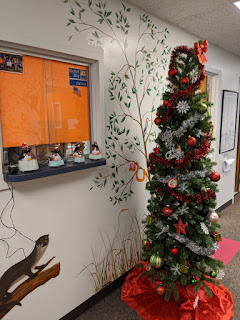 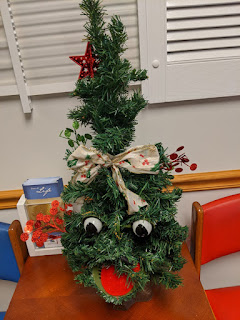 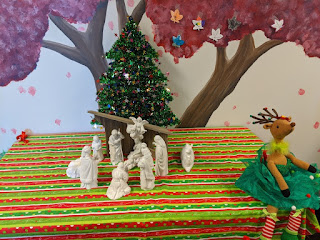 We had a gorgeous sunset last night. I keep forgetting to check for it. 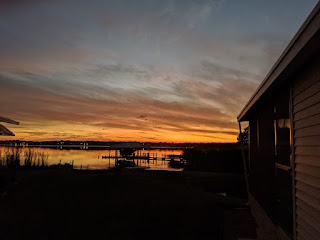