The highlight of this week was the ELO (Electric Light Orchestra) concert on Sunday night. We bought tickets several months ago. I saw the band years ago and was so moved from the music. I was hoping they would do it again and THEY DID!!  It's the best concert ever, to me.
Amelie Arena was packed! 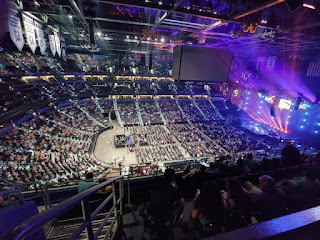 We could barely see the stage but the video to the right was perfect. 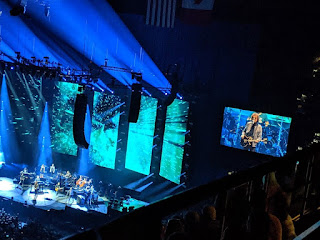 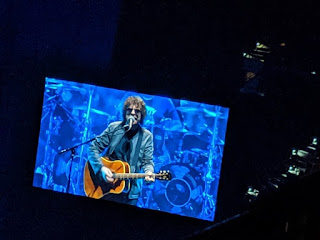 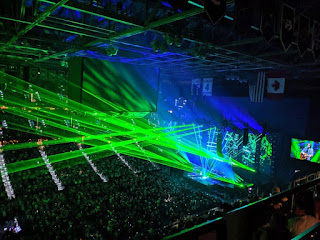 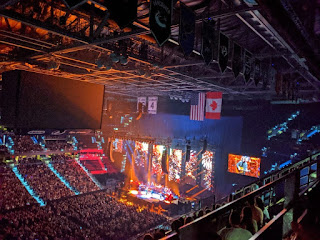 We got home a little after midnight but it was well worth it.

The rest of the week was normal activities. I had a luncheon meeting at hospice on Monday. I thought it was next week so I almost missed it. I went in half hour early just because I was bored, I'm glad I did. At least I got there for the topic of how to keep the senior citizens safe from falling and  dangerous environments.

Wednesday,  I went to the coffee meeting at the clubhouse. There's nothing going on but it's a nice social time with people in the park. It's free donuts and coffee and if there's anything important it's brought up.

Thursday was the monthly massage and chiropractor appointment.  I've been having massages every month since 1999. It's well worth it and the chiropractor keeps my hip back in place. I turned wrong in the golf cart a couple days ago and it slipped out of joint. Just a normal thing for me. I do a wrong move and it goes out.

This week went fast, guess I stayed busy enough to not be bored.