The temps have fluctuated quite a bit this past week. There were areas that had freezing temps.   After getting home from the cruise/resort we stayed busy with my sis coming up from Okeechobee to go to a Lakeland training baseball game. Jim and Doris are big Cardinal fans and Doris tries to go to  a lot of the spring training games. I decided to go with them on Monday. (Click on the photos to enlarge).
Doris overlooking the field at Lakeland Tiger Stadium who played the Cardinals. 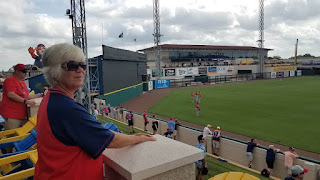 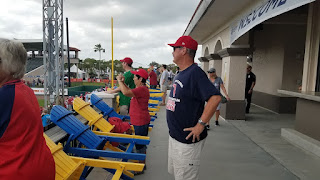 We got there early so we walked around the field. 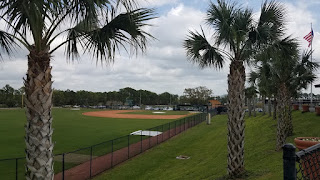 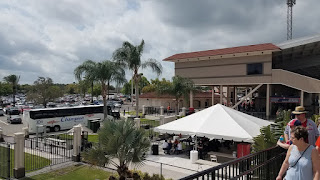 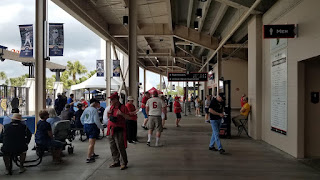 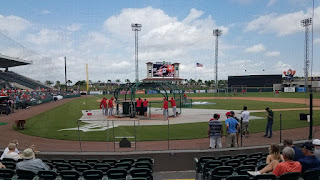 Our seats. We were under the overhang, so not in the sun. 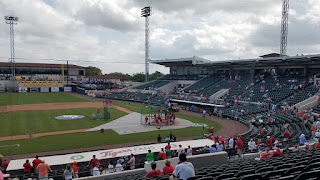 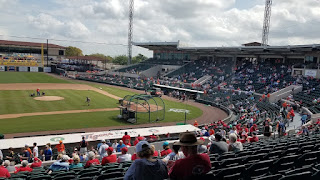 On Tuesday Jim went to Clearwater for another game with the Cardinals and Philly's. He went with a friend in the park.
Wednesday was the morning meeting then I played hand and foot in the afternoon. Dinner was at the clubhouse for a pizza party. It's called the 15 week club. In October they start with $15 from the anyone that wants to participate. A "chip" with a number is placed in a can.  Every week after at the meeting they draw two names and they win $25. At the end of 15 weeks everyone has the chip put back in (that won during the couple months), and the rest of the money after paying for pizzas go to the chip that's drawn. There were 120 people this year. 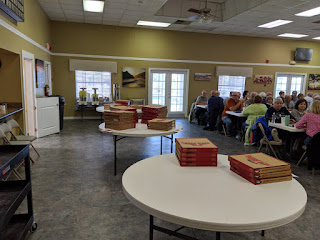 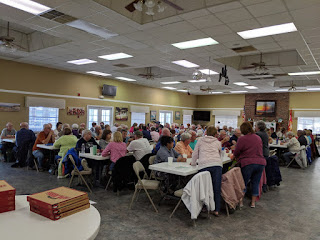 Thursday we had Lorne and Sue come for dinner. They went to their first baseball game with pro players at Lakeland. The stadium is close to us so I told them to come on over when the game was over.  I forgot to take pictures of the food, but I did get a picture of Lorne and Sue and Charlie. 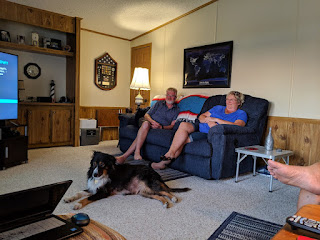 That's the rest of our week. Tomorrow we start another busy week but more of the normal daily routine. Please come along.