Sunday afternoon we went to Raleigh Ringers hand bell concert. They're from Raleigh, NC and we saw them a couple times while living in that area. They've come a long way in playing since then, (roughly 1997) they have 496 hand bells and 18 people. They travel the world and just happened to be in Lakeland so we could see them.

I love hand bells, I played a year in Avon park church. I played the bass bells because I had the strength to pick them up. It was fun and I'd do it again in heartbeat to learn them, it would take some long hours to learn what these guys did at the concert, they were beyond anything you see in a church hand bell choir. (Click on the pictures to enlarge). 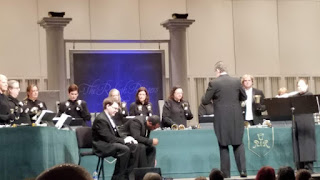 The bass bells are huge. 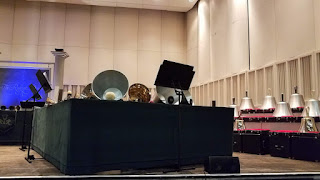 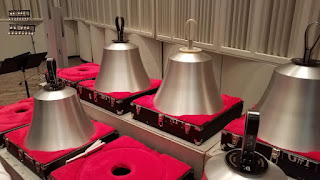 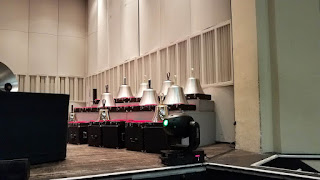 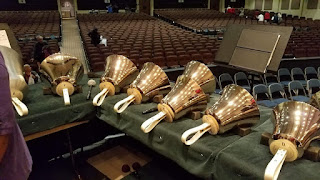 They played a song from Foreigner which they dressed up as hippies. 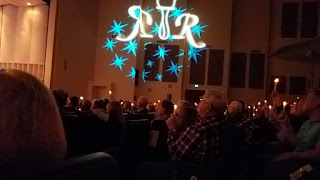 We got to go up on stage after the concert to talk to the players and learn more about the bells they use. I have to say I was in heaven. 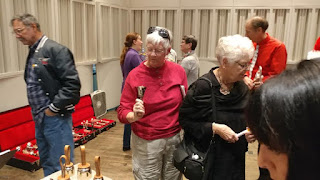 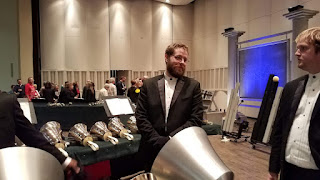 These look like big forks and use a mallet to barely hit the top part of them for a wonderful mellow sound. 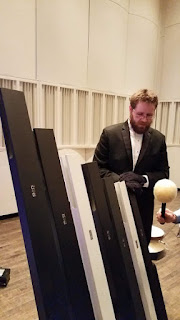 Chimes that have another unique sound. This would be my second favorite to learn. We got to ring any bell or chime we wanted and ask question. 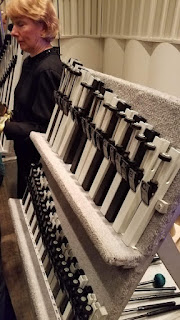 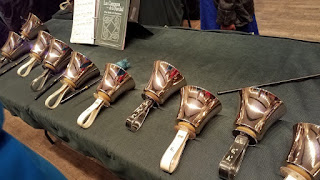 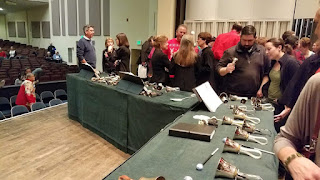 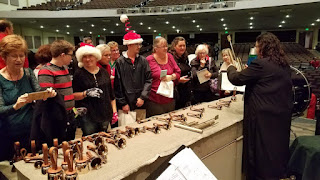 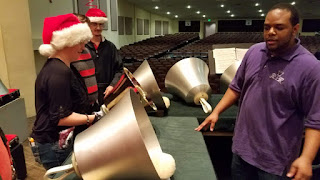 Lots of people were on stage. I'm sure it's everyone that's played or still playing hand bells. 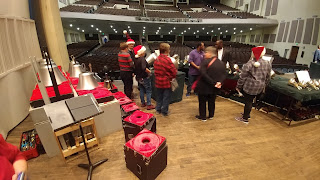 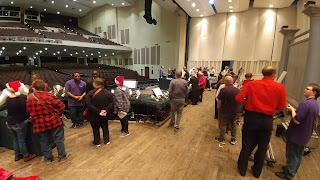 We won't get a chance to look at the seats in the RP Funding Center from the stage. What a view. 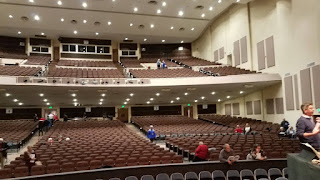 We had a great time, went for dinner at a buffet and back home.

Monday, Christmas Eve we left early to go to Okeechobee to my sister and her hubby, Doris and Herm. Neither of us wanted to be in the kitchen so we went to our favorite seafood place, The Tin Fish. This is the best place in Okeechobee. We went at 2:00 so were basically the only ones there so we had great service and hot and delicious food. Sis got the frog legs, but in this case it was the WHOLE frog which was so good. Also gator bites and catfish, which I had along with seasoned veggies and cole slaw. Oh and we had boom boom shrimp for appetizer. We were stuffed when we left there. We figured it's going to be worth going out to dinner on both Thanksgiving and Christmas to eat if we celebrate the day before so that's going to be our new tradition. It's just too much work and we still come home with leftovers.
You can even see the toes on the frogs. 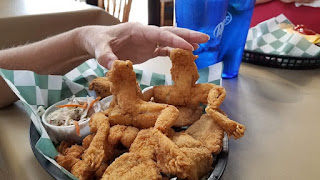 The Okeechobee lake is very low and so are the canals. They have boats at the docks that can't get out, their sitting on the bottom in sand. 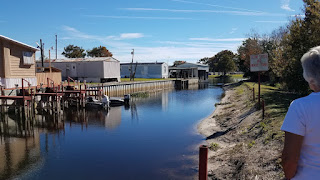 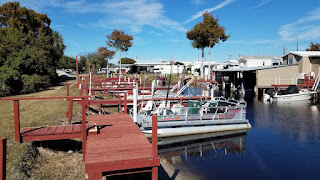 While we were walking around a Woodstork had grabbed a fish and another stork was trying to get it. It was fun to watch the one with the fish tease the second one and run off with it when he got close. 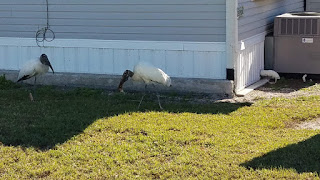 We got home late but loved the trip and being with sis again for a holiday. We never had the chance to do that in our lives very often.

The next blog will be Christmas with the kids. They're on the way down from St. Louis.