(Raleigh, NC) Hi 93 Lo 63 -- Wow, temperature in the 90's in October?? At least there was very little humidity. I guess we’re far enough south. We’ll be moving out of the Fairgrounds tomorrow because of the State Fair workers coming in. The fair starts the 17th, but we’ll be out of the Raleigh area by then. Two years ago they let us stay here in the fairgrounds through the fair, and it was pretty cool to be close to all the action.

Since we’re moving tomorrow I’ll post some pictures of the area. You can click on the pictures to make the larger.

This helicopter has been sitting all week on this little island in a lake across the street from us.

PNC Arena, which is in walking distance from us, is the home of the NHL Carolina Hurricanes hockey team. They had their first home game of the season last night (they lost). :(

We promised to post a photo of the 53-foot trailer next to us. Jim said he's glad he doesn't have to pull that thing!

It’s dusty from all the construction, so these two guys were busy cleaning their RV.

Views of the empty sites, which will be filling up soon.

The Hunt Horse Complex is next to the RV park. They have RV sites  for the equestrian bunch.

I finally got a massage today. I haven’t had a massage since we left Florida in April. After the massage we went to see the new movie "Gravity." 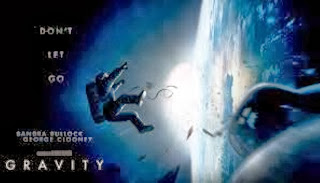 It's one of the best movies we've seen in a long time. The special effects set new standards, and we urge you to see it if you like movies. We saw it in IMAX 3D. I'm sure it's also very good in regular 2D, but see it in 3D if you can. It’s very realistic and you’re sitting on the edge of your seat during most of the movie.

We came back to the RV and watched the NASCAR Nationwide race and get ready for the move tomorrow morning. We’re only moving abut 25 miles so we’ll still be doing things in Raleigh all next week.

We will be arriving at Cherry Point next Sunday PM, when are Y'all getting there?

Betty, it's living quarters, plus storage for his fair equipment. Jim, We're getting there next Sunday also. See you there! Jim