Neither of us could get up early. It was 8:30 before we were up, grabbing a cup of coffee and getting started for the day.

First place was to have the truck checked out. So far there's been no problems with the instrument panel coming on. It's only stayed off a couple times, but when you go to leave it's a guess if it will come on or not. We saw the mechanic and he said since it's working ok when we brought it in, there's not much for him to do. So we left and we'll take a chance on it till we get home. We did several errands then went back to our sons. It looked like rain so we packed the truck early. All we had to do was say goodbye to the grandkids and head West to my sister.

We never did get rain, at least on the trip. My sis and I went out after supplies for the RV rally then she had to do some dog training. She told me there's an RV couple not far away that is fulltiming in an RV park workcamping that wants her to train their dog so she's going to set up a time with her when we leave. Sis was gone till 7:30 then the rest of the evening we talked, got caught up and went to bed fairly early.

I won't be in chat tonight, it's just too short of time with her to do a chat session. Her WIFI isn't working so I can't sit in the living room with sis and her hubby. Everything seems fine with them. Health is a lot better then it was there for awhile for both of them. 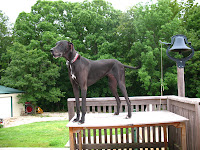 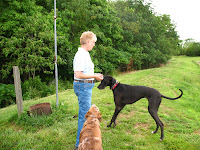 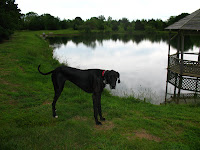 If you are in Cuivre River State Park in Troy, Mo. See http://www.trainingtailsllc.com/ for details.