Back to Reality after a Great Cruise - Basketball Special Guests

When you're retired you forget what day it is, I thought it was Friday and I'm late with the blog because I was thinking I had one more day to get it done.  It's very hard coming back to reality after a cruise. I have to go back to cooking meals, and cleaning. It was nice sleeping in each morning which we never do on a cruise. Both of us would love to go back to back on cruises.

Tuesday, we thought of putting up Christmas lights, but neither of us were in the mood so we figured we'd drop it this year. We forgot all about Dominoes and Poker pool which we play weekly.

Wednesday, we had the morning coffee for the week and got caught up on event dates. Jim had an appointment in Tampa VA for a CPAP machine. They've upgraded the machines so he went to a class and got a new machine. So far we're impressed with the VA and what's been done lately. For sickness and emergencies we have a local doctor.  He's using VA as a precaution and get ahead of anything that might go wrong.

In the evening a group of us went to Shirley's and gave her a quilt Donna made from all of us. The quilt blocks have our name of each of us embroidered. She's  moving back to England when the house is sold. We had a really good time, thank you Shirley. 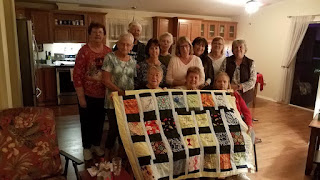 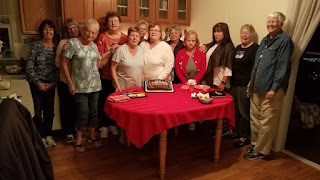 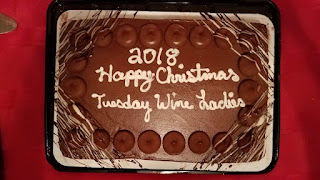 Thursday, we decided to put up a few lights. This street is so dark and it was easy to do since we had the hooks already in place. It looks really nice. We added the wreath this year. Next year we'll start after Thanksgiving and do a bang up job on decorations. 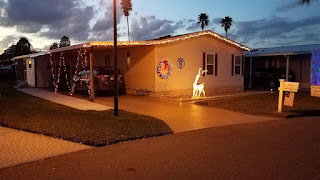 Friday night we had a basketball game. It seems forever since we've gone to a game. It was Star Wars night. Some of the characters were around and going thru the stands. 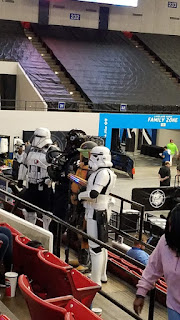 This guy was doing some acting. 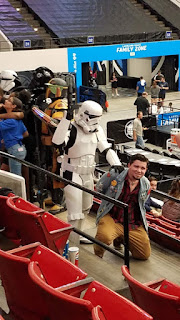 They were getting something to eat. 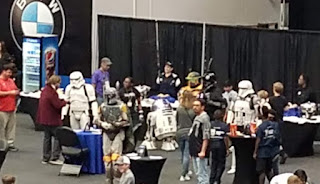 My favorite character, yes the little guy R2D2. The guy that controls it has made four of them. 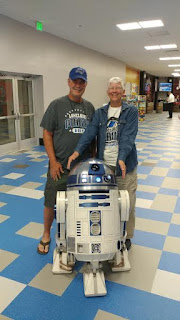 This week was the memorial of President George W. Bush. I got this picture from the memorial on TV.  All the presidents and wives. 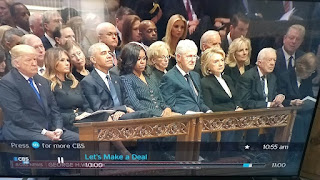 It's been a busy week. The sunset tonight is a great closer for this week. 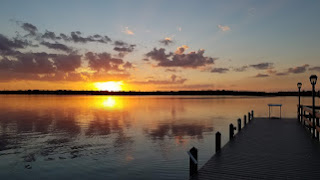