Saturday night we went to Haines City to see the play "Old Ringers" that sounded fun. It was a couple senior citizens that needed money because the social security supplement was dwindling. They decided to start up a phone sex line. It was hilarious and very well done. (Click on the pictures to enlarge).

There's only 7 rows of chairs in the room. This was the setup. We were in the second row. 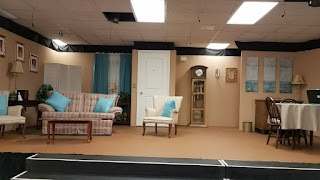 The women that did the phone sex. 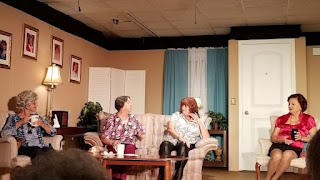 This is the whole cast. They did a great job. It was hard getting pictures we were so close. I didn't want to bother other people behind us. 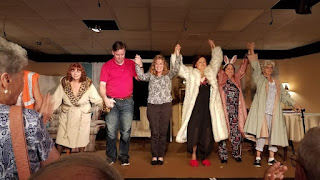 The weeks are starting to fall in place on activities.
Sunday we went to another basketball game. There was hardly anyone there, so we moved to the seats close to the  floor.

Monday was line dancing in the morning. I also had blood drawn for the six month check for doctor appointment next Monday. That evening I played darts. A Christmas present hopefully will be my own darts. I'm really hooked on that game.

Tuesday was shuffleboard in the morning then the monthly massage and chiropractor appointment. That night Jim went to the basketball game and I had an HOA meeting. It's the first one of the season so lots of people were there. The biggest topic is the bulk cable and if everyone would participate we would have $50 discount on the cable bill. Our contract is up at the end of the year so we discussed a proposal to Spectrum. (This is mainly for my info at a later date).  Jim enjoyed the game and Lakeland Magic won both games this week.

Wednesday was the weekly meeting. It's a time that we hear all the things going on in the park and all the repairs from the hurricane. I played hand and foot card game all afternoon. Jim and a neighbor, Allen were working on our utility shed. It needed shelves so they put up a bunch of shelves and a cabinet.

The start of the shelves. 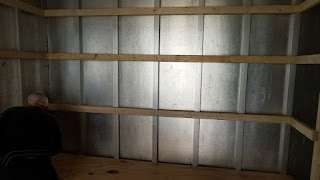 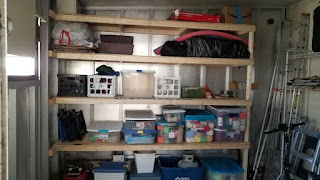 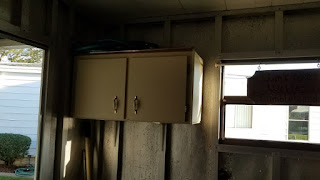 Thursday was the craft class. There's been one or two people come, but there should be a lot more in January when all the snowbirds come back. We're still making mats for the military.

Friday was shuffleboard and after that was over we went to a movie Murder on the Orient Express. I wasn't fond of this one. I don't like mysteries and it was very slow moving. It's got excellent sceneries so that was a plus. Jim loved it, but he likes mysteries and "talky" movies. 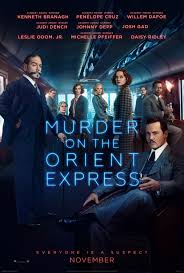 We went Christmas light shopping and got quite a bit of stuff to decorate the outside. I think we're set for a couple years in having lights around the place. 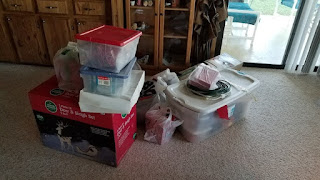 This morning we were up early to get ready for the community garage sales. I went with one of the gals in the golf cart to see what people had for sale.  We took our stuff to another neighbor and sold a lot of it. There weren't as many people as we thought it would be having a sale, but one buyer makes it worth it. Next year we'll have the craft fair at the same time.  After we looked around our area we went to a couple craft fairs. They weren't as big as last year but I did see a few that was at our craft fair so gave them the date for next year. It showed be a nice one again.

I did find a collection of lighthouses at the garage sale. 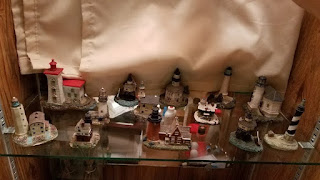 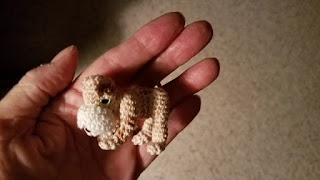 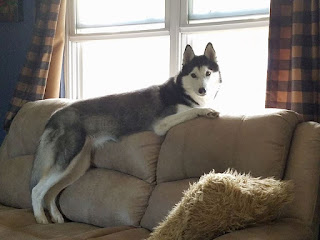 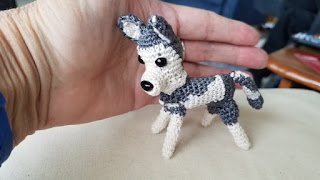