(Avon Park, FL) Hi 88 Lo 54 -- It’s been a fun week with a lot going on. I’m staying busy, so hitch itch isn't quit as bad as it usually is this time of year, but still ready to go.  (Hitch itch is the RV’ers term for wanting to get back on the road.)

I now have three afghans going with three totally different stitches. I’ve been going to crochet classes, but I keep missing the craft classes on Thursdays. We always end up doing something else.

Here are a few of the crochet projects of some of the gals in the park. (Click on photos to enlarge them.)

Hank and Selene, our good friends from our time living in NC, are here for a few days and we’ve been enjoying visiting with them. We also went out for a couple of meals with them. They’re now traveling full time in their motorhome, and it's always great seeing them.

Jim completed a woodworking project. He made some sturdy blocks to put under the legs of the RV. These will help stabilize the trailer and hopefully get rid of some of the "wiggles." Nice job!

Saturday night we got a group together at the clubhouse for an evening of the card game Hand and Foot. A few couples are leaving in the next couple weeks so we wanted to get together one more time.

Sunday we went to church, then settled in for an afternoon of racing. The Daytona 500 kicks off the new NASCAR season. Unfortunately it was a long afternoon as the race was delayed by rain and severe storms after only 38 laps. We filled the time watching some of the final day of Olympics competition.

Around 5:30 Jim put the DVR on "record" for the race and we joined a group of friends and went to Frostproof, a small town about 10 miles away, for a bite to eat and some ice cream. The place we went to is cleverly named Frost Bite. 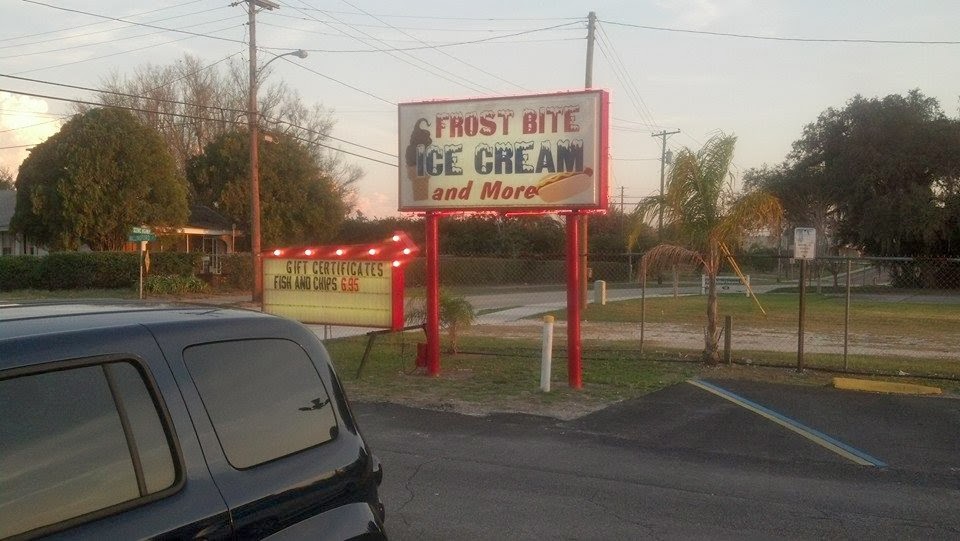 The group was mostly made up of the group we played cards with last night, with Hank and Selene joining us. 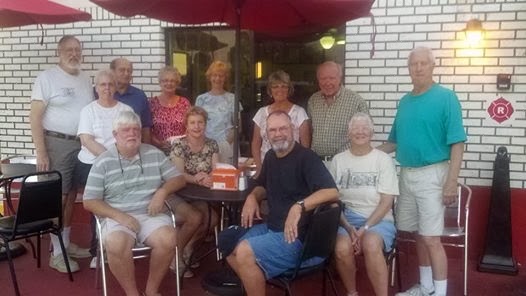 It looks like the race is going to resume around 8:30, so it looks like we have a long evening of racing. We're recording the Olympics Closing Ceremonies and we'll watch that tomorrow.

See you in three days.

Finally getting ready to go racing. At least it won't be midnight or later for us.

I was just talking to a friend online back in NJ. Asked why she was still up this late (11:20 EST). Said race was on but just got over.

Crocheting would be a relaxing way to spend some time I am sure. Never learned to do such work. I am left handed and on one in the family had the patience. You must be crafty!