(Joliet, IL) Hi 83  Lo 57 – We had a relaxing day reading and watching recorded TV shows. Dee did her walk, but shortened it a bit as it was too humid to walk very far. She also finished the afghan she's been working on. She plans to donate it to the Linus organization when we get back to Florida this fall. 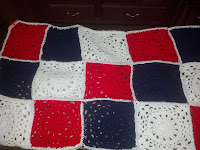 Late this afternoon we left for Chicago to watch our son Rick play in a soccer game. He’s on a team made up of employees of the company he works for. They were set to play another company at a school soccer field in the Lakeview neighborhood north of downtown Chicago. The game was scheduled to start at 6:10pm. Rick went directly there from work, and we were to meet him at the game. According to Mr. Google (Google Maps) it should have been a trip of a little over an hour. We left about 4:45pm to allow plenty of time. Yeah, right!

The Chicago skyline came into view through the haze as we made our way north on I-55. (Click on photos to enlarge them.) 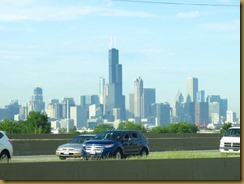 We thought we’d avoid most of the rush hour traffic since we were going into town, and not out of town. But the traffic was horrible anyway. 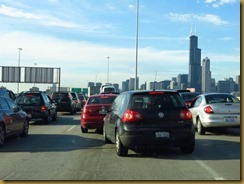 As we got closer to downtown the view was less hazy and much more beautiful. The Willis Tower (everyone still calls it the Sears Tower) dominates the skyline. 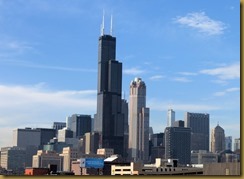 The trip took a little over two hours, and when we got there the game was well underway, We took a seat on one of the benches around the edge of the field and waited for Rick (middle) to enter the game. 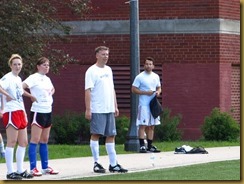 He got in the game and I had my camera ready to snap his picture when he got the ball. All of a sudden all the players were shaking hands in the middle of the field. The game was over! We’d only been there about 10 minutes. We all had a good laugh over that.

Afterward, Rick joined us in our car and we drove around the neighborhood looking for a place to have some dinner. Lakeview is a beautiful area. It was bustling with people out walking, jogging, and walking their dogs. It’s definitely one of the nicer areas of Chicago. 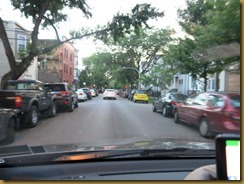 Check out these gas prices! 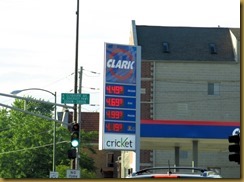 We decided on a sports bar, Route 66 Roadhouse. Dee had a chicken wrap. 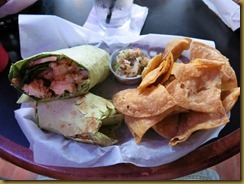 And Rick and I both had the bacon cheeseburger. 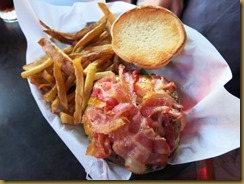 The food was good, but still expensive compared to your average neighborhood burger joint. That's life in the bit city, I suppose. As we walked back to our car, we had to cross the street. We couldn’t resist this “posed” shot. Note the sign. We’re looking both ways! 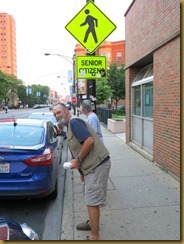 We took rick back to his car and we parted ways to head home. We took a different route back to Joliet, down the very scenic Lakeshore Drive. It was especially beautiful in the twilight, as the city was gearing up for the night life. 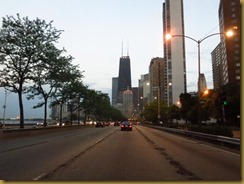 At first you would think the evening was a bust, since we arrived too late to see much of the soccer game that was the purpose of the trip. But we got to spend a beautiful evening with our son in one of the most beautiful cities in the world. How can that be considered a bust?

Looks like you got the best part of the evening! :) LOVE your header picture.

well did his team win?
love the header pic
thing i love about south, gas 3.09 too bad we use diesel but still only 3.65
have never seen senior citizen on a walk sign, how funny