It rained most of the night, so we both would wake up long enough to know it was just rain on the RV, then fall back to sleep.  I got up at 8:30 to be sure to catch the “veggie man” that comes here every Saturday at 9.  I wanted peaches but he didn’t have them this week.  I could have stayed in bed another hour.  We left for Rick’s at 10:30.  I’m putting gas in the car every few days this week. I’m so glad we have my car with us, the truck would be very expensive for as many miles as we’re going.  It's over 100 miles for each round trip to Rick's.

Joe and Jack playing with Grandpa

Jack started getting cranky so he took a nap.  While he was sleeping we looked up some geocaches close to the house.  When Jack got up we went to look for some of them.  We found three out of four.  What's so neat is both kids learned how to use the GPS and went right to them.  We each found one, so the kids really enjoyed themselves.


Jack and Joe with a "pipe" cache.

We had just a little rain but not enough to stop our geocacheing experience.

We went back to the house to pick up Jim and went out to dinner.  We went to a place called Portello's.  It's a chain but I believe they're only in the Chicago area.  They're known for their hot dogs, but all of their sandwiches are great.  And their chocolate cake is to die for!

When we got back to the house Rick showed us something new in technology.  The image below is called a QR Code. 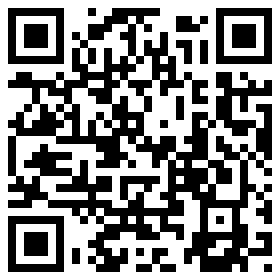 Think of it as a bar code for URL's (web sites).  If you go to http://qrcode.kaywa.com/ you'll find a QR code generator.  You enter a URL for a web site and the generator makes a QR code for that site that looks like the image above.  Newer smart phones like the iPhone and the Android phones have an app for reading QR codes.  All you do is point the phone's camera at the image and the URL will appear on the screen.  Then you just click on it and you go to that site.  It's really cool!  And you can generate a QR code for a text or photo message.  The practical use is, instead of listing a URL on an ad or in a store, you might see a QR code.  Just point your smart phone at it and you can immediately go to the web site or read the message.  You can put a small QR code on your business card to point someone to your blog, or they could add the information on your card to their contacts with one click.  The image above is an actual code, so if you happen to have an iPhone or Android phone you can try it out and find out what the message says.  You might have to download an "app" for it, though.


We had a bit of rain coming home at 10:30, but it wasn’t bad.  It looks like we had a lot of rain with the puddles around the park.  We had a wonderful day today with the kids, and learned a lot too.

For the record, it's Portillo's. And there are tons of them in the Chicago area.

Thanks for a fun time today!

Thanks for posting this! I'm gonna go find the app for it right now!

Isn't it amazing how fast the kid's pick up on today's technology, Sam still has trouble with a cell phone, Glad to see you guys got some Grandkid time in, we just finished an awesome week on the road , now it's back to work. Be Safe out there. Sam & Donna.