Busy Day and Another Movie

Jim went to the dentist for a cleaning while I was playing shuffleboard. When he got back we went with Judy and Jim to see the movie Jack Reacher. There's a series of books featuring Jack Reacher, and Jim has read a few of them. It was a great action movie and we all liked it. 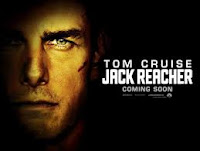 When we left there we went to Jimmy's Greek American Grill for some gyro's. We have some of the best restaurants in this area, it's hard to pick which one to go to. Jimmy's advertises having "the best gyros in town," and we believe it. They were really good!

We got back just at dusk and it was getting cooler, but Judy and I went for a walk. We had to walk off the calories we just ate. The rest of the evening we watched our first Carolina Hurricanes hockey game of the season. They're playing at Tampa, so we got to see them on local TV. Later I got on chat room.

I took this picture the other night and forgot to post it. We have some pretty sunsets here. 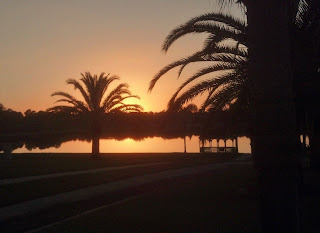 That sunset picture should be framed and hung in a prominent place. It's beautiful!